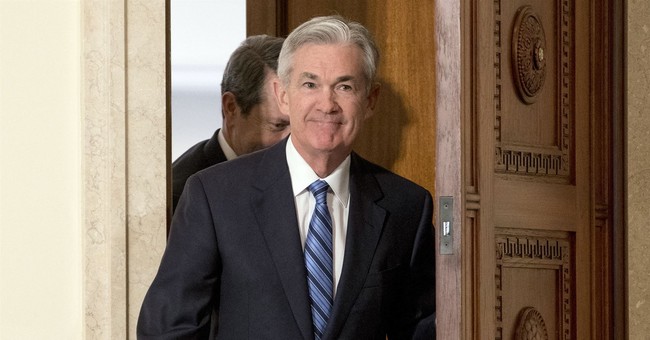 The Federal Reserve continues to embark on a ruthless strategy of divesting its trillion-dollar bond portfolio, not by growing the economy, but by eroding the value of the currency and by consequence, the value of government debt.

Anyone remotely familiar with the history of the U.S. Federal Reserve knows that the most effective tool residing in its arsenal is currency deprecation.  Just ask any treasury official.

The yield on a 10-year U.S. treasury bond (or note) is approaching 3%; this isn’t the Federal Reserve’s policy to constrain growth, as it is a pivot to normalization.  The benchmark remains a 10-year bond that encapsulates borrowing costs for businesses, consumers and local/State governments. Typically, sound economic growth tends to erode the value of bonds chiefly by an appeal to riskier assets.

Although inflation may be a dominant factor behind yield gains given the rise of prices in commodities and oil; the U.S. geopolitical tensions with China continue to dominate the background of any real economic growth long-term.

So what does the Fed seek to do with a trillion-dollar portfolio it cannot sell?

It seeks inflation to erode away the value of government bonds by reducing the purchasing power of their fixed payments.  In normal times this was called theft.

Here’s the good news.  Global interest rates remain historically low, this means we should expect the Fed’s inflationary impact on depreciation to be countered by massive capital inflows, effectively strengthening the U.S. dollar.  Can we expect those at treasury to abide by principles of sound money?  It’s too early to tell, but the U.S. remains poised to grow, making us far more attractive than foreigners.

Continue to watch the yields on long-term bond yields, this is the final credible playing field to measure both contemporary economic sentiment and real growth.

Given the geopolitical backdrop and cynical 24 hours news cycles, team Trump is winning.

Biden: You can frack for natural gas but you can’t burn it
Hotair
Tom Cotton Absolutely Owns Reporter in Heated Exchange Over Media/Big Tech Censorship of Hunter Biden Story
Redstate