Tara Helfman is an Associate Professor at the Syracuse University College of Law. Helfman graduated from Yale Law School in 2006, where she was the Yale Journal of International Law Young Scholar of the Year and the recipient of the Joseph Parker Prize for Legal History. An undergraduate alumna of Queens College (1999), she was one of the first two recipients of a British Marshall Scholarship from the City University of New York. She went on to pursue advanced degrees in intellectual history and legal theory from Cambridge University and University College London.

Helfman teaches Contracts, Constitutional Law I, Law of the Sea, and International Law and her primary research interests are public international law and legal history. Helfman is the coauthor with Edgar McManus of the two-volume Liberty and Union: A Constitutional History of the United States (Routledge: 2014). Before joining the College of Law, Helfman was an Associate at the New York office of Debevoise and Plimpton, LLP, in the International Dispute Resolution and Securities & White Collar Crime Practice Groups. Her practice experience informs and enriches her teaching. 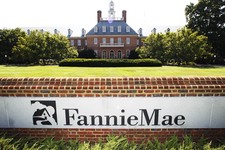