Remembering Who We Are 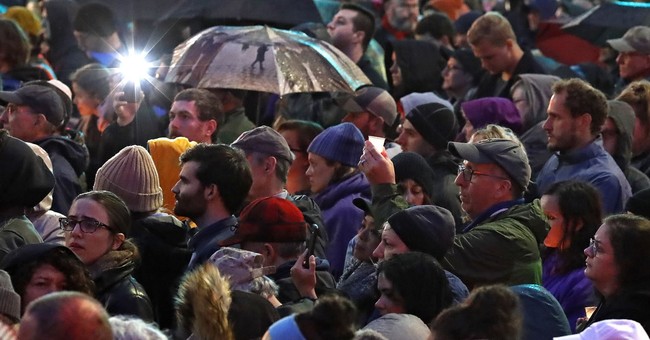 What binds people into a “we” and instills a common loyalty? Both the Apostle Paul (Rom. 13:8-10) and St. Augustine cited love. The ancient Romans loved and were loyal to Rome. The word for this “binding together,” religio, is derived from the same root as “ligament.” Similarly, the medieval historian Ibn Khaldun called it ‘asabiya, a group consciousness or sense of shared space that is strong in the tribe but weak in the larger secular society. We should ask how the Republic – a society of strangers – within which we live may be renewed and defended when most customary bonds have been weakened, broken, or even subverted. Francis Lieber acknowledged the Judeo-Christian spiritual capital upon which the West had been built – “the moral value of the individual became immeasurably raised” – but it is now largely hidden from view.

We Americans live in a day of tumbling monuments and thwarted dreams, where past and future are contested, and the present is an ever-shifting battlefield scoured by ideological armies. Rancor is on full public display. Max Scheler characterizes such resentment as “a suppressed wrath, independent of the ego’s activity, which moves obscurely through the mind. [...] In itself it does not contain a specific hostile intention, but it nourishes any number of such intentions.” Roger Scruton detected a “culture of repudiation” – or cancel culture – which “is not directed against specific individuals, in response to specific injuries.  It is directed against groups, conceived as collectively offensive and bearing a collective guilt.”

Ordinary envy, grievances, and rivalries, which René Girard associated with “mimetic desire,” may be opportunistically weaponized, so to speak, and break out into a violent “mimetic escalation” which includes scapegoating directed at groups, individuals, and symbols. “Too frequently does tyranny creep in as popular despotism,” Lieber noted. “A process, perhaps, still more remarkable, and yet frequently exhibited in history, is that by which despotism steals into power by opposition to power.” Dark rumors of a stab-in-the-back helped undermine the Weimar regime in post-WWI Germany. “Divide and rule” is nothing new.

Can any nation survive without a consensus on values that transcend special interests, and which are non-negotiable in the sense of ‘Here we stand’? Can a nation state survive that is only a legal and political shell, or a ‘market state’ for discrete ethnic or religious communities that share little by way of common values other the use of the same currency? Can a society survive that is not the object of commitments to its core values or a focus for the fundamental identities of all its members.”

If people are confused over what these core values might be, it is time to seek their neglected spiritual sources. Francis Lieber witnessed first-hand what happens when people’s shared commitments weaken and they desperately turn to any remedy at hand. As he stated in his inaugural public lecture at Columbia in 1859:

One of the most serious obstacles in the way of a ready reception of political science with that interest and favor which it deserves for the benefit of the whole community, is the confounding of the innumerable theories of the “Best State,” and of all the Utopias, from Plato’s Republic to modern communism, with political science.

A polarizing “all or nothing” attitude leads to “rule or ruin” politics. Along with flattery and political impunity, Lieber noted a “third gust of passion” in 1859: the politicization of everything:

[I]t is a characteristic of our present public life that almost every conceivable question is drawn within the spheres of politics; when there, it is incontinently seized upon by political parties, and once within the grasp of parties, it is declared improper to be treated anywhere except in the arena of political strife. If it be treated elsewhere, in whatever spirit, it is taken for granted that the inquiry has been instituted for grovelling party purposes. Fair and frank discussion has thus become emasculated, and the people submit to dictation. There is a wide class of topics of high importance which cannot be taken in hand even by the most upright thinker without its being suspected that he is in the service of one party or section of the country and hostile to the other.

As every cultural nutrient that once nurtured the West is being leached out of the public square, a question of identity confronts us: Who are we? We hear it at the outset in Homer’s Odyssey – "Speak, Memory” – and down through history. Our memories are the touchstones of our sense of time and place and... voice. Scruton observes that the “pre-political loyalties of a territorial and national kind” are breaking down:

repudiated by those whose role is to transmit them, and unsupported by traditional ties. The unsatisfied religious need of Western societies coincides with a process of globalization that spreads the message of Western decadence around the world.

As we slip unreflectingly into competing demands and relentless peer pressure, everything seems negotiable. Our natural defenses are stripped away by a punishing pace of change. We face unsparing ideological challenges through sophisticated strategies of subversion. Ideological outrage at injustice is now being directed at every manifestation and product of Christian civilization. A compassion for victims introduced by the Bible that once transformed human life is now producing a legalistic and merciless attitude that now marginalizes the past.  As René Girard points out:

Public opinion is consciously and constantly manipulated by humanitarian appeals divorced from their animating creed. Thomas Sowell characterizes this progressive “quest for cosmic justice” as “the repeal of the American revolution.” George Weigel recognized our affliction in 2007:

A West that sees in its past nothing but pathology – racism, colonialism, religious wars and persecution, sexism, and all the rest – is a West that cannot, and almost certainly will not, defend its present. A West that can’t remember its past accurately will not be able to project itself imaginatively into the future. A West that has airbrushed from its collective memory the contributions of biblical religion to its present freedoms is a West that is in a poor position to meet the challenge of a religiously shaped alternative reading of the past, present, and future.

The constant ratcheting of political demands – the practice of overbidding – unsettles everything. It is “divide and rule” rather than unifying or reconciliating. We must not compound present and past injustices by resorting to massive, moralistic rehabilitation projects that, in the name of humanity, merely scratch political itches.