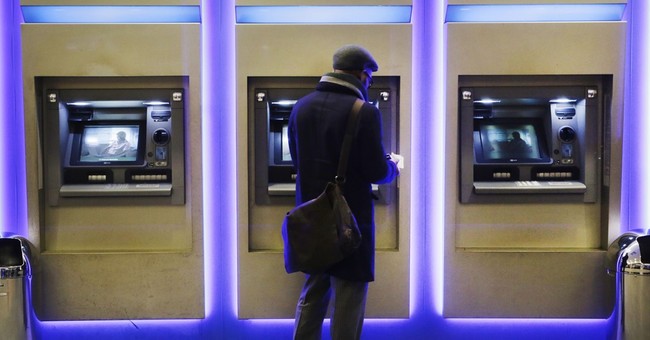 I think I’ve finally found a policy position on which left and right can heartily agree.

The legislation, regulation and protections that have given us the too-big-to-fail banks are impossibly broken, and must be replaced. Aside from their appalling economic consequences, they have created arrogant, mendacious and lawless institutions run by people who have earned billions while taxpayers protected them from their own failures.

Consider the most recent evidence. Just last week I wrote: “Whenever news of corporate-executive mendacity and malignancy arises, odds are good that Bank of America and its CEO Brian Moynihan will play a role.” Moynihan & Co. were kind enough to prove me right almost instantly.

You’ll recall that Chris Rufo caught Bank of America (BoA) sponsoring a critical race theory (CRT)-based employee training program that, while touted as a diversity-and-inclusion program, managed to discriminate against everyone. Whites were instructed to “decolonize [their] mind[s]” and “cede power to people of color.” People of color, meanwhile, were reduced to the status of infants or the mentally disabled, absolving them of any responsibility for their own actions or control over their own lives, barring white willingness to step aside and clear the path for them. BoA then permitted the distribution of this racist program to its employees, and encouraged its employees to take on these malignant theories as their own.

In response, we at the Free Enterprise Project put together a petition campaign to tell BoA what we thought of its programming. This was the response one of our signers received:

To clarify for you: this is not a Bank of America program. The United Way of Central Carolinas offered the Racial Equity 21-day Challenge program as part of its efforts in the Charlotte community.   According to the United Way, the program was a voluntary one designed to help build awareness and understanding around race and racism.

As part of this program, the United Way developed and distributed information about racial equity for 21 days. On a voluntary basis, employees from hundreds of companies and organizations in the Charlotte area participated in the program.

Any participation in the program was completely voluntary and Bank of America did not encourage employees to participate.

Right on schedule: BoA mendacity. We know that BoA was a sponsor of this program, so asserting that the United Way of Central Carolinas “offered” it is dissembling falsehood. If I hire you to make a sign, sign off on its contents, pay you, and then hang it in my office, you better believe that I am responsible for what it says. And so is BoA. That there were other companies that also sponsored this straight-up racism does not let the bank off the hook.

The same lie is involved in the claim that “[o]n a voluntary basis” BoA “employees … participated” in the program. How did they participate in the program as employees? It was because BoA advertised the program that it had partly sponsored to its employees. Now, does BoA have a system under which it allows anybody to send messages and promote programming to its employees through its facilities, without first consenting to the content of the programming? If it doesn’t (and it doesn’t), then it approved the program’s content when it permitted its distribution. Its pretense to the contrary is another lie.

BoA’s statement ends with the claim that it “did not encourage employees to participate.” We have been told by reliable sources that this is false. And given that every other line of the response is false, either by assertion or omission, we have no doubt that our sources are telling the truth. We’re not certain how BoA rationalized the claim, but given the rest of the message, we have a guess: BoA executives have generally encouraged its “diversity and inclusion” officers and other managers to encourage participation in employee training, and especially this sort of training, but perhaps not this exact program. Those officers and managers then encouraged this exact program under their general mandate, but without specific orders. Does that sound about right, BoA?

We have asked BoA to clarify, but have not yet received any response. And now you can sign an updated petition that additionally pushes the bank to finally come clean and apologize for its support of discrimination.

Then there’s Chase. Word whipped up last week that General Flynn, or members of the Flynn household, had been de-banked from Chase, and had their credit cards cancelled, on the grounds that “continuing the relationship creates possible reputational risk to our company.” This is nothing more than the entering wedge of a Chinese-style social-credit system for banking, whereby banks – which pay their executives tens of millions of dollars a year while being protected from loss by taxpayers – discriminate against those whose politics those executives disdain.

When General Flynn stook up to Chase and publicized this calumny, the bank first kept schtumm for a few days before finally admitting that it had “made an error,” and reversing the decision.

This isn’t as fully mendacious as BoA’s response, because “made an error” is at least susceptible to the interpretation of “we did wrong,” though it’s clearly meant to convey “oops! Such goofs we are.” But this also wasn’t just a “fat-finger” error, as they say. The initial letter closing the accounts said that the decision had been made “[a]fter careful consideration.” Given that careful consideration, Chase’s action requires a careful and detailed explanation from the bank. What were you thinking? What sort of a review are you now undertaking? What procedures are you adopting to make sure that this sort of social-credit de-banking doesn’t happen again, and doesn’t happen to those whose politics Chase’s executives find distasteful, but who have less earned celebrity than General Flynn?

The mumbled response and quick sweeping the incident under the rug answers that question: none.

The lessons of this big-bank duplicity are clear: the whole system must be reformed, root and branch. As long as these banks are too big to fail, they must be regulated as public utilities or common carriers, forbidden to discriminate in any way, with their actions open to intense public scrutiny and their managers – including their c-suite billionaire cowboys – reduced to public-utility manager paychecks.

Care to see how the middle class lives, Brian and Jamie?