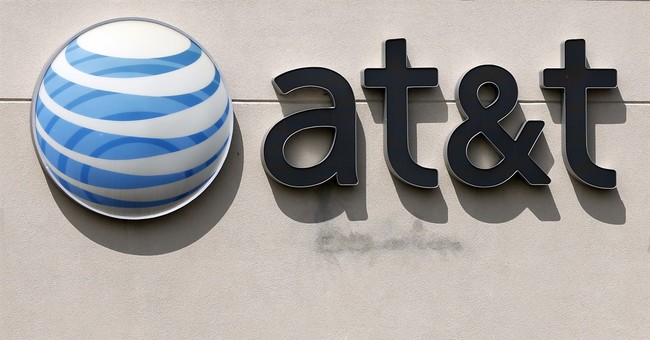 AT&T, the telecommunications company with a storied place among American corporations, owns and funds far-left disinformation site CNN. It is therefore responsible for the pollutive dreck that CNN falsely presents to the public as news.

First, consider what a disgrace CNN has become. It has never been the down-the-middle straight-news shop that it proclaimed itself, as viewers from the Bernie Shaw days will recall. That halcyon Reagan era was the salad days for CNN’s relative integrity though (as it was for very many good and true things). Just a few of its banner performances in the last couple of years tell a tale of collapse and disgrace hard to equal in the annals of even the yellowest American journalism.

CNN accused a high-school boy of racism in January 2019 for the sins of having a face and using it to look politely at a gibbering lunatic. One of its “stars” made a point of just how “punchable” this boy’s innocent face was – an act which, if done by someone on the right, CNN would call incitement to violence or insurrection. The network was rightly sued and forced to settle. Brian Stelter, an insipid water carrier for the left who poses as the network’s “chief media correspondent,” violated the network’s confidentiality agreement with Sandmann to discuss the case, and to make wild claims about the settlement, on the air. Suit was rightly threatened again.

Stelter seldom stops lying, and serves as a monument to the destruction of the integrity of the once-mainstream media. But he’s hardly the only poster boy for sleazy partisan incompetence at the network. Chris Cuomo deserves his own billboard. The network allowed Chris (or Fredo to his friends) to interview his own brother, disgraced New York Governor Andrew Cuomo (D-Fraud & Sex Offenses), for as long as it was possible to pretend that the governor was a hero of COVID response, utterly ignoring evidence – which responsible journals were compiling early in the crisis – that he was one of its great failures, and was lying about it. But then, once the “love gov’s” crimes were revealed and his impeachment became a real possibility, the network suddenly remembered that it constituted high journalistic malpractice for family members to cover one another. The convenience of corruption, that is.

Then there’s Don Lemon. Whoo boy. So much could be said about him, not least that someone who claims that white supremacy is responsible for all the ills in the world, including attacks by blacks against Asians and Jews, is simply not equipped for any “journalism” role except crazy pundit. But only one fact is necessary to sum Don up: he asked if an airplane that disappeared midflight from the atmosphere of the earth could have been swallowed up by a black hole. QED.

It’s not just the “talent” though. Just in the last few weeks, a CNN employee has admitted that CNN faked and hyped COVID and other news to unseat Donald Trump, and is continuing to lie about who commits crime, and why, to build racial tension and hate in the United States. It has yet again flipped its position on whether getting out of Afghanistan is a good idea – a position it was always for, and is for again, but that it opposed when Donald Trump was pushing it.

The list could go on nearly forever, but its summary will always be this: CNN is a dreadful embarrassment and a willful participant in the effort to destroy free, open and honest democracy and civil society in this country. And people are noticing. With the chum of Trump hate no longer available to the former news network, its ratings have cratered so badly that, on good days, it can’t pull in more than one-third of one percent of the country all day long, and Stelter’s Sunday clown show is managing only half of that.

Given all of this, there can be no legitimate business reason for AT&T to allow CNN to continue its current walk of shame. At least not under AT&T ownership. And this is something that we should make clear to the company.

As it happens, AT&T’s annual shareholder meeting is next Friday, April 30th. Do you own stock? If so, please consider signing into the meeting – it’s virtual this year, again – and asking AT&T CEO John Stankey some hard-hitting questions about CNN’s lies and failures and the network’s drag on AT&T’s image, brand and bottom line. Your questions might not be taken – these companies have become very good at planting, and then answering, their own questions, while ignoring real ones – but a flood of questions at the meeting, even if not asked, would alert AT&T to the fact that conservative shareholders are finally becoming as involved – and as angry – as the left-wingers have always been.

That would give AT&T serious pause. It would also undermine the company’s claims that it has been forced into leftwing advocacy because its “stakeholders” demand it. This is largely a lie; the hard-left companies manufacture their own “stakeholder demands.” But the greater the evidence that the claims are manufactured, the stronger will be legal claims against the company’s partisan – and costly – position-taking. If you can’t attend the meeting and ask a question, get in touch directly with AT&T Investor Relations.

For similar reasons, even if you don’t own stock, you can still get involved. Post on AT&T’s Facebook page or tag it on Twitter to share your concerns. Call customer relations. Write emails and letters. Make it hot for AT&T to allow CNN to continue as its property in its current form.

And remember: AT&T’s headquarters is in Dallas. Texas is open. Protesting cures COVID, or so we’ve been told. Road trip?