Stakeholder Capitalism, Or “Everyone! Come Sue My Company” 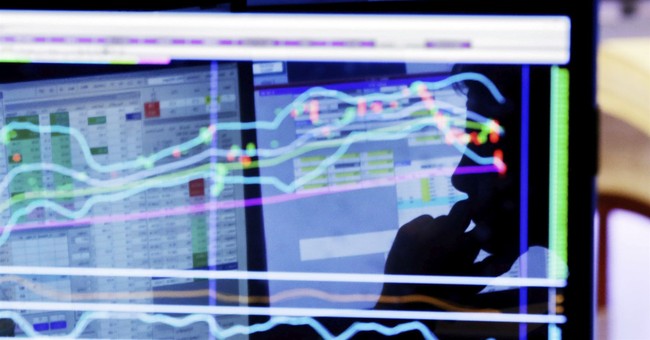 The further stakeholder-capitalism theory gets from academia – where even the notion of free inquiry and dissent terrifies today’s permatoddlers and their rancorous minders, and so where its flaws lay unexplored – the clearer becomes its incoherence, and its unexpected risks for those who so recently adopted it as their own.

Many of the theory’s flaws have been aired in these pages already. Today, a new one: stakeholder capitalism is an open invitation by eager but inattentive CEOs for just about everyone (as everyone can make a plausible claim to be a stakeholder) to sue their companies for absolutely everything. And though I suspect they have not fully considered this problem yet, the business-judgment rule that usually protects business decision-making from judicial oversight and interference will not – by definition, cannot – provide any defense.

The most obvious potential litigants will be company shareholders, who can stand in the shoes of the corporation to sue its executives and directors if those managers act in illegal – and especially in self-serving – ways, and against the best interests of the corporation.

Here’s an example. Posit that Company makes a decision for the declared benefit of the stakeholders. The decision costs Company significant money, or clients, or goodwill, with little to no objectively demonstrable benefit. A shareholder, standing in the shoes of Company, sues, arguing that the CEO and other managers of Company have violated their fiduciary duty to Company, and therefore to the shareholder. The shareholder submits evidence of Company’s losses and Company statements about the shift to stakeholder primacy and about making this decision specifically for stakeholders.

The CEO and managers try the business-judgment rule defense, which generally keeps judges from reviewing decisions made for the best interest of a company. But here, the managers have explicitly said that they made the decision for interests other than those of Company. Presumably they could argue that “nah, we were just lying when we said that.” But then any sensible judge would presumably say: well, you were definitely lying one of these times, so now you need to provide sufficient evidence that this decision, that you said was for the stakeholders, was really for the benefit of the shareholders. That will be expensive, and ends up defeating the purpose of the business-judgment rule in order to get its benefits (i.e., it’s a self-defeating exercise).

Meanwhile, the court’s analysis will open the door to inquiry about whether this decision, if it cannot objectively be shown to have been in the best interest of Company, was instead made for some self-serving reasons of the CEO and management, including to advance their personal policy preferences at Company expense. This would be evident if the decision advances policy interests that have been espoused by Company executives, but does not also reflect the objectively determined interest of Company’s stakeholders. Since representing all the stakeholders is impossible, the action would have to be taken on behalf of a demonstrable majority of stakeholders. So significant objective polling data might be necessary. Otherwise, Company managers would face personal liability for their action and its consequences to Company.

Once these shareholder lawsuits start, the best outcome Company can hope for under the business-judgment rule is that it makes a public admission to a court that its stakeholder-capitalism performativeness was all a lie, spending rather a lot of Company money to prove to a court that a decision that it had told the world was for stakeholder benefit was really for the shareholders. At worst, Company executives will be held personally liable for self-dealing, and inevitably pushed from their positions.

If the executives instead tell the court that they had indeed made the decision for the stakeholders rather than for shareholders, the business-judgment rule would by their own admission not apply. This would trigger their demonstration that they had acted in the best interest of the stakeholders as measured by some objective metric. But this in turn would invite endless lawsuits from all the stakeholders (i.e., everybody) who preferred a different decision. This will also be massively expensive. And if the executives start flipping back and forth between shareholder-primacy justifications and varying stakeholder-capitalism justifications – especially if the latter justifications are based on self-serving metrics like those proposed by Bank of America’s Brian Moynihan – even sympathetic courts will find it very hard not to find self-dealing gamesmanship everywhere.

Consider the havoc – and hilarity – that would ensue if corporations were obliged to defend their ESG claims in suits by stakeholders against charges of greenwashing, and against the claim that ESG is a money-maker rather than honest leftism (if there is such a thing). Plenty of leftists would be happy to sue about that. Corporate efforts to stop states from raising taxes would face similar stakeholder complaints.

Executives have one legal way to avoid this suicide by litigation (other than the obviously correct one of abjuring stakeholder capitalism altogether, abandoning the sad dream of being unsought, self-anointed Corporate Kaisers, and returning to – heaven forfend – running businesses). They can legally transform their companies from business corporations to public-benefit corporations (essentially charitable corporations). The option is available in Delaware, where most corporations are headquartered, and many other states. The ESG agitators are pushing them to make this change. The logic of their performative embrace of stakeholder capitalism would – if their performances were honestly intended – impel them to make the move.

But corporate executives resist. They resist because this move would require them to set out a hierarchy of charitable concerns and would empower state attorneys general to enforce their adherence to those charitable obligations. This would constrain their omnipotence – their true purpose for rhetorically embracing stakeholder capitalism. And it would send investors fleeing, as it became clear that their capital had been turned overnight into charitable contributions.