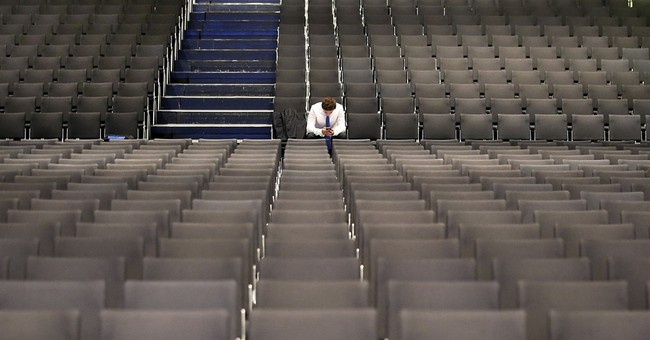 Last summer the Business Roundtable – a body comprised of CEOs of many of the country’s largest corporations – voted[1] to reinterpret its theory of the corporation to give its members a massive increase in latitude and cut in oversight. This should not be surprising. There are few among us who wouldn’t vote for more freedom and less responsibility, more options and fewer restrictions.

What is strange though is who is supporting these CEOs in rejecting objective standards of conduct.

The Roundtable CEOs’ vote against enforceable restraints on their behavior came in the form of endorsing a move from the longstanding “shareholder primacy” standard of corporate conduct to a “stakeholder primacy” model. In theory, this move would make corporations ultimately responsive to the concerns and interests not just of shareholders – that is, the company’s owners, the CEOs’ bosses – but to every party and group that has or could conceivably claim an interest in company policy. This includes employees and customers, but that change is cosmetic. Any mildly competent manager understands that the shareholder owners benefit most from optimal employee-retention and -pay policies, and policies that respect and respond to the interests of customers.

Rather, the real change comes from including stakeholders whose interests are less obvious, including parties who have no direct involvement in a company at all, but who want to have a say in how it’s run. These are the infamous “community interests,” the sort of know-all busybodies who have had such a field day in recent weeks insisting that the national economy be run according to their personal epidemiological insights.

It’s this opportunity for hectoring interference in other people’s lives that has attracted the strange-bedfellow supporters of increased corporate-director autonomy:  the National Professional Left. This congeries of pressure groups has worked – with increasing strength and success – to fuel the left’s long march[2] through American institutions. These groups have taken over American education almost completely,[3] and have throttled Silicon Valley, pushing its center-right employees into the fearful, hiding closet[4] that the left once abjured. Now they are coming after American corporations generally – and they think that this move toward stakeholder primacy gives them their chance.

They may be right – perhaps their control of American boardrooms is already so pervasive[5] that increased directorial discretion will reliably redound to their benefit.  But make no mistake: a move to a stakeholder primacy model would ultimately give corporate leaders more discretion, not less. Responsibility to one set of interests – shareholder primacy – necessarily implicates other considerations, such as employee retention and customer service policies, but still provides an ultimate and objective yardstick against which corporate managers can be measured. A broad smear of potentially infinite and ultimately illimitable “stakeholder interests” does not.

Any group is conceivably a stakeholder, including ill-defined groups like “activists” of various sorts, whose interests are malleable and whose leadership structures are either unclear or entirely fanciful. Hence, almost any decision made by corporate leaders under a stakeholder-primacy standard can be defended according to some concatenation of interpretations of stakeholder interests. And ultimately no one would have the necessary standing objectively and conclusively to assert that, no, this amorphous collection of ill-defined interests required some different result as a matter of law.

This problem is exacerbated by the nature of language itself – especially as it is (ab)used in the corporate world. I attended (well, given the lockdown, “attended”) an annual shareholder meeting last week at which the simple concept of taste got mangled into the phrase “flavor profile for the beverage experience.” People who have become absolute experts in the dark arts of “communicating” – so as to maximize a vague sense of well-being and virtuousness while minimizing nearly to extinction the actual exchange of meaningful information – already have the skills they need to justify any decision they might make as being in the aggregate interests of “stakeholders as a whole.”

At all events, it is very strange to see the same people who were just about ready to start eating the CEO class during Occupy Wall Street now agree that those same CEOs should be freed of any meaningful constraint on their conduct.

We know who the losers in this process will be: shareholders, employees, customers – everyone who has been protected by shareholder primacy, whether they realized it or not. But when trying to identify the winners, it would be useful for all of us, especially those who lean liberal but who aren’t part of the National Professional Left, to ask: who’s playing whom? And why?

Scott Shepard is the coordinator of the Free Enterprise Project at the National Center for Public Policy Research.