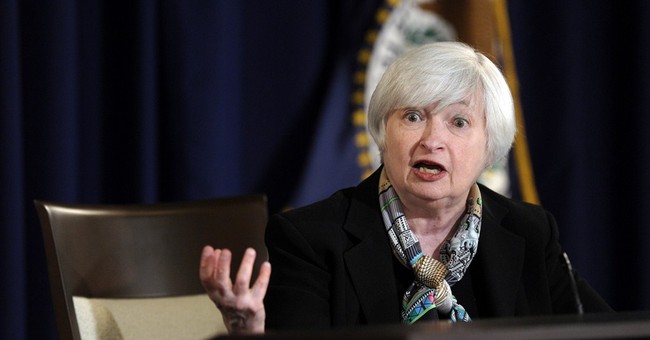 A large number of our friends and relatives would like to rid themselves of diseases that are holding them back; a large group would like peace in our time; the President would like a computer and internet Guru, too many young girls would like to get rid of their fetuses and not enough young ladies are able to bring their fetuses to full term.

The new craze is to smoke, you dope, and feel mellow yellow while thousands of senior citizens are just happy to breathe and enjoy clean air and the debate goes on. I bring all of these thoughts forward because as Americans we believe we can move mountains in theory, but we also know that in reality we soon will not be able to pay the interest on the national debt. And Janet Yellen wants to raise interest rates.

For those who either don't watch tennis, ping pong or the Federal Reserve in action, you can look at their mandate as a racket type game. One side of the court is inflation and the other side is recession. The Fed is at its best if they keep the ball very close to the net, moving between inflation and recession. However when interest rates rise two things can happen: we can see the start of inflation from higher prices from higher interest cost and we can also see the long beginning of a recession because the higher interests costs effect business and cause lower profits and eventually more layoffs.

When it comes to housing, an industry that hasn't come close to all the way back, we see other problems. We still have at least 2 million homes, minimum, that are "under water" value wise and a very large amount of Americans who are out of work and cannot qualify for a house purchase at this time. Housing as a commodity generally works as follows: as the fear of interest rates going higher there is generally a push to get into a house before they can't qualify at a higher interest rate. We probably will not have much of a push because of the low employment and the new problems from the qualified mortgage from Dodd-Frank: Harder to qualify!

Last but not least we still do not have a balanced budget and we borrow yearly to balance the budget. WE STILL HAVEN'T LEARNED! Higher interest rates will mean more borrowing and a bigger deficit.

Trying to manage the economy by raising interest rates is premature and shouldn't be put into action until we can balance our budget. It is insane to borrow money to pay the interest on our borrowing!