Profits Are A Blessing, Not A Curse 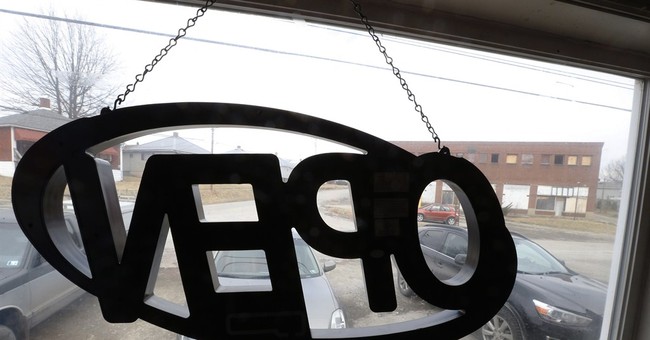 Soon after earning a BA, I got a job at Cities Service Company in Tulsa, dead since 1986 but at the time the 12th largest oil company in the world. Then I met a friend from college, and when I told her about my new job, she became angry and accused me of selling out. I had no idea what she meant and didn’t get a date.

We enjoy 300 years of economic science, but people still think profits are evil, as wealth taken from others rather than created. For example, Are Markets Moral edited by Arthur Melzer and Steven Kaut makes these points about capitalism and profits:

“The system is driven by the ‘profit motive’… Actually, it denotes a very specific and peculiar kind of selfishness, which grounds what might be called the ‘acquisitive posture toward life.’

“It is the open-ended desire for material gain, the embrace of acquisitiveness more or less for its own sake, neither grounded in nor limited by some clear final end or purpose beyond it.

“Thus, a basic category of moral objections to the profit motive is that it is harmful to others: by unfettering human selfishness it leads to injustice and exploitation. A second category is that it is harmful and degrading to one-self because it induces one to lose oneself in the endless chase for material goods, which is fruitless and irrational in itself while also distracting one from higher, nobler, and thus more intrinsically rewarding activities.”

While attempting to defend profits, three economists in their paper “Anti-Profit Beliefs: How People Neglect the Societal Benefits of Profit” concede that the idea of profits has a public relations problem:

“Is profit-seeking good for the world? Ancient folklore and religious scriptures across Western and Eastern cultures warn of the corrosive effects of profit-seeking behavior […], and themes in literature and art have long portrayed profit seeking as inherently evil. Plays like Shakespeare’s Merchant of Venice and modern films like It’s a Wonderful Life, Wall Street, and The Wolf of Wall Street routinely depict profit-seeking capitalists and organizations as ruthless and depraved. [...] On the other hand, it would be difficult to find a film celebrating how profit-seeking firms contribute to societal progress. Likewise, media portrayals and public discourse of profit-seeking firms often focus on how corporate greed harms society […] there are clear negative stereotypes about for-profit firms and corresponding beliefs about their effects on society.

“Even as people enjoy the benefits of living in a market society[…], they may maintain a zero-sum model of profit because of the greater accessibility and intuitive appeal of its negative aspects.”

Viewing profit as evil has an ancient and illustrious pedigree. Plato, Aristotle, and Cicero condemned people in commerce for their unlimited greed. Church fathers baptized this pagan view of commerce, rather than deducing one from the Bible, so that contempt for commerce continued through Origen, Augustine, and Aquinas. How did something so hated for millennia become transformed by economists into a virtue? The answer lies in the birth of science and the Reformation.

As the Reformation scorched Europe, theologians associated with the University of Salamanca, Spain, saw the need for a reformation from within the church, including one in its theology of commerce. In the spirit of scientific investigation of the age, theologians, the chief scientists of the era, examined commerce more closely and found little evidence of greed, defrauding of customers or taking wealth from others.

Those theologians were mainly concerned with morality. No one had any idea at the time that the standards of living of the poor could be raised. They had no concept of economic development. In particular, they dwelt on just prices, finally determining that a just price can be discovered only in a free market without coercion. Any price arrived at through negotiations, they said, was a just price if one party did not defraud or force the other to comply. That included prices negotiated during famines and periods of shortage, in other words, what today the economically illiterate call “price gouging.” The theologians saw profits as the result of the skill and insight of the business person. And since the business person improved the lives of others by providing goods that people needed or wanted, profits are a good reward for their services.

But they didn’t convince the majority for several reasons. While most people fixate on corralling greed, they allow envy to run amok; despising profits is usually a manifestation of envy. And most people still cling to the ancient Greek philosophy of commerce being a zero-sum game, meaning that a company cannot profit except at the expense of customers. Also, people are short-term oriented and so notice the effects of harmful behavior by business people while never paying attention to the long term benefits of free markets. Mises wrote that the economist’s job is to persuade the average man to look up and consider the long run once in a while.

Finally, almost everyone conflates the self-interest that Adam Smith said motivates business people with selfishness, even though Smith considered greed born of selfishness to be an enormous evil. After all, Smith was a moral philosopher before he was an economist and wrote The Theory of Moral Sentiments before Wealth of Nations. Smith argued that competition would force greedy business people to restrain themselves and serve the common good better than government regulations because business people purchased politicians cheaply. And Smith lived in a time when even non-Christians believed that only God can change human nature, that is, reform a greedy person. He would have thought silly the modern idea that the state or economic system can reform greedy people and purify their motives.

A clear understanding of what profits are can help redeem the concept. The great 19th century economist Frederic Bastiat does the best job of explaining profits. Bastiat pointed out that all the good things God gave humanity were free in the beginning and are free today. Apples, gold, light, oil, electricity, etc. are all still free. When we say we “pay” for them, we are using a metonymy, the substitution of the name of an attribute for that of the thing meant, for example suit for business executive, or the track for horse racing. We are really paying for the labor expended to transform those goods into something useful and to make them available. When we buy apples, we’re paying for the services of the apple growers, transporters, and retailers.

Profit occurs when the costs of the services rendered are less than what people are willing to pay for the service. No one would provide a service for which he would receive in return only the amount of his expenses because he would not be able to feed his family, save for medical bills, education, clothing, hard times, or retirement, improve his operation, make up for losses in recessions, etc. Good business people will produce only those goods and services for which they expect to do better than break even.

Of course, no business person is guaranteed a profit. Many fail because they can’t get customers to pay their costs. Sometimes they earn unusual profits because demand for their goods or services are much greater than they anticipated, but competitors will dissipate excess profits. So profits are nothing more than the evidence that business people serve customers well. Business owners don’t earn wages; they incur losses or profits in return for their services.

The authors of “Anti-Profit Beliefs” show that people can change their views about the morality of profits if shown how profits benefit society as a whole, but they are pessimistic: “…we find little evidence that the majority of people are open to endorsing pro-profit beliefs, or significantly positive views about the societal benefits of profit.”

Still, we must try for the preservation of civilization, as Mises used to write.