Political Power Is The Ring That Should Be Destroyed 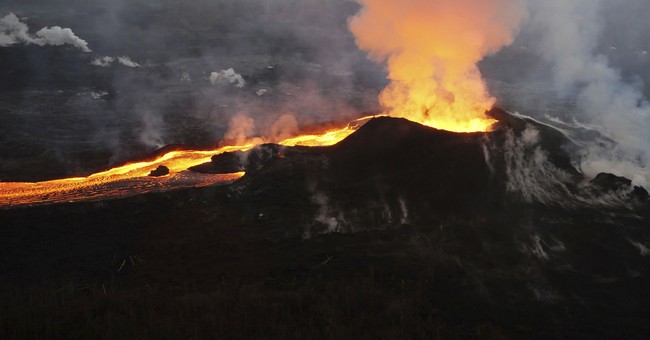 As the US plunges into another festival of foolishness, also known as the campaign to choose the next president, we should pause to consider what we’re doing. We have created a political position in which the person in the seat exercises enormous power over the lives of millions beneath them, power very much like that of the ring in Tolkien’s The Lord of the Rings.

Tolkien wrote in a letter, “The Lord of the Rings is of course a fundamentally religious and Catholic work.” And he offered the world brilliant political wisdom in his masterpiece. Sauron the Dark Lord created the ring to achieve dominion over Middle-earth. Several of the characters believe that they can use the power of the ring for great good. Tolkien proves them wrong. The only solution to the problem of the Ring, and the salvation of Middle-earth, is to destroy its power in the fires of Mordor.

But Americans think we know better. We just need to put the right person in the seat of power and they will wield it for the benefit of all. Maybe. George Washington did it well, but the list of rulers in history with Washington’s character is short. A much greater number have been evil.

The earliest warning about the evils of power came from God. He created a state without a monarch, Caesar, pharaoh, or dictator. He gave Israel a government with no human executive or legislature. Israel had only courts to adjudicate God’s 613 laws. But the courts didn’t enforce the religious and moral laws, only the few civil laws prohibiting theft, fraud, murder, or kidnapping. That system lasted by some accounts over 400 years.

Israel was surrounded by nations with monarchs wielding god-like powers so they understood how evil those systems were, but they demanded God give them the same thing (I Samuel 8). God was angry and saw the move as rebellion against him. He warned the Israelis about the evils that states commit, but they demanded a king anyway. Maybe they assumed they could always beat the odds and put the right person in place, as Americans mistakenly think.

Most theologians commenting on the book of Judges in the Bible will tell you that God’s headless government was a huge mistake. God didn’t know what he was doing in creating it and Israel was much better off with a powerful king leading it. Yet even a casual knowledge of the history of Israel under the kings proves them wrong. Israel was much worse in every way under kings, except for David’s reign. God finally had to destroy Israel and send the people into Babylon as slaves, demonstrating that he preferred the pagan Babylonians to the violent, child-sacrificing Israeli monarchies.

God expressed his disgust toward states in the writings of his prophets, picturing them as vicious beasts. The early church under persecution first from Israel and then Rome had a similar attitude toward the state. The Apostle John’s book, Revelations, depicted Rome as a vicious seven-headed beast. Constantine changed everything and the church married the beast. Saint Augustine warned in City of God about the libido dominandi, or lust to dominate others that creates states and empires, but Christianity and the state remained entangled, often with disastrous results.

Not until the 16th century did theologians begin to derive political theology from the Bible and natural law. The Dutch Republic of the 16th and 17th centuries, the first capitalist nation, came closest to limiting the state to the Biblical ideal, followed by the US. In the early days of the US when it was still a republic, people had the naivete to think they could keep evil people out of power by refusing to nominate those who desired positions in high political offices. No one could campaign for himself. But Thomas Jefferson corrupted the process by paying newspaper editors to write editorials supporting him for the presidency.

The US Constitution limited the state to a night watchman role but many Christians weren’t happy. Baptists and Methodists wanted to give the state the power to prohibit people from drinking alcohol, not caring about the unintended evil such an increase in state power might cause or that it violated the Constitution. Lutherans and Catholics prevailed in stopping the prohibition movement in the 19th century but were overwhelmed when socialists in the social gospel movement joined forces with prohibitionists. Together they dreamed of wielding the ring of state power to perfect humanity.

They failed, and Americans repealed the amendment prohibiting alcohol consumption but did not try to put the seven-headed monster back in its cave and limit the state to punishing evil doers, the role the Apostle Paul assigned it in Romans 13. The state grew in power and began to devour the liberty and wealth of its citizens as God had told Israel it would over three thousand years earlier. Even Christian voters assumed that politicians and bureaucrats lose their sin nature when elected and can do no wrong, at least if they’re in the right political party.

But they’re wrong. Hayek testified in Road to Serfdom that the worst kinds of people float to the top in politics. Politics is designed by neurotics to give them an advantage. C.S. Lewis wrote, “I don’t deserve a share in governing a hen-roost, much less a nation [...] Mankind is so fallen that no man can be trusted with unchecked power over his fellows. [...] I reject slavery because I see no men fit to be masters.” If Lewis wasn’t fit, no one in this country is.

History, God, great theologians and economists have told us that we can’t trust humans to govern us because only God can wield such power justly. Rather than continuing to try in vain to find the right person to give that Ring of power to, we should destroy it as Tolkien warned.