Big State Good For Growth? Then Why Did Humanity Starve For Millennia Under Big States? 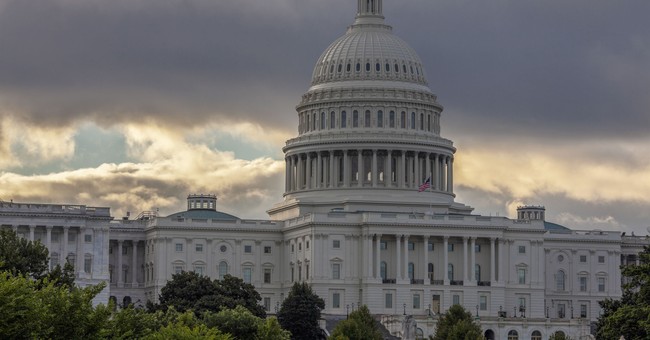 Among the debates between socialists and capitalists is the question of who made the West so rich? Was it private enterprise or the state? Former President Barack Obama energized the discussion when he told us, "If you’ve got a business, you didn't build that. Somebody else made that happen" during a 2012 election campaign speech.

The left continues to prop up the idea that the state is the fount of all blessings. Mariana Mazzucato, Professor of the Economics of Innovation and Public Value and Director of the Institute for Innovation and Public Purpose at University College London, wrote recently that western economies are failing because the people have hobbled the state:

This failure reflects the extent to which policy continues to be informed by ideology – specifically, neoliberalism, which advocates a minimal role for the state in the economy, and its academic cousin, “public choice” theory, which emphasizes governments’ shortcomings – rather than historical experience.

The predominance of short-term thinking reflects fundamental misunderstandings about the state’s proper economic role. Contrary to the post-crisis consensus, active strategic public-sector investment is critical to growth. That is why all the great technological revolutions – whether in medicine, computers, or energy – were made possible by the state acting as an investor of first resort...

The only way to revive our economies fully requires the public sector to reprise its pivotal role as a strategic, long-term, and mission-oriented investor. To that end, it is vital to debunk flawed narratives about how value and wealth are created.

For readers not familiar with public choice theory, it’s a school of political economy revived by Nobel Prize-winner James Buchanan that demonstrates the frequent failures of the state. Mainstream economists such as Mazzucato assume an all-wise, all-knowing, all-caring state. Buchanan depicts a state flawed by the weaknesses of the humans who populate it. Mazzucato promotes a spurious attack on Buchanan led by an unusually dishonest professor.

All anyone needs to do to refute Messrs. Obama and Mazzucato is read economic history.  The West in 1600 AD was as poor as Egypt and Ur in 2000 BC. Then wealth and standards of living exploded, but only in the West, beginning in the Dutch Republic, which gave birth to capitalism according to Adam Smith. Economic historians call it “hockey stick” growth because the launch was sudden and the increase in wealth so great.

States didn’t get their hands dirty investing in economies until the rise of the Union of Soviet Socialist Republics in the 20th century, but by then standards of living had tripled in much of Europe. Even Mazzucato’s hero, Marx, understood that, calling capitalism the greatest productive force in the history of mankind and insisting that nations must pass through the capitalist phase before attempting socialism.

We have more recent history that justifies the public choice school’s skepticism of state investment. I wrote an article for the Freeman magazine years ago on the US Department of Transportation’s spending on energy research that was supposed to save us from the scarcity of oil and gas reserves in the 1970s: Energy Policy: Wisdom or Waste? Even Congress was embarrassed by the magnitude of the DOE’s incompetency, corruption and waste.

Socialists claim the rapid growth of wealth in China as evidence for the value of state supported investment. They ignore the fact that China tried that approach for three decades and caused the starvation of over 30 million of its own in the process before allowing slightly freer markets in the 1980s. Why did it suddenly begin working? It didn’t, according to Nobel Prize-winning economist Ronald Coase and co-author Ning Wang in their book How China Became Capitalist. The real history of China’s economic miracle shows that the private sector created all of China’s new wealth against enormous obstacles placed in its way by the state while the state sector continues to waste tax funds created by the private sector. The state owned sector acts as a giant boat anchor on progress.

Socialist politicians berate the US for lagging behind China in building high speed trains while others fear that China’s transcontinental railroad will allow the country’s economy to travel like a freight train over that of the US. But they neglect to mention the dozens of ghost cities built by the Chinese government in which no one lives or wants to live.

Then there are the examples of North Korea, Cuba, Greece, Italy, and the sad devastation of Venezuela happening today.  State “investments” don’t work because bitter bureaucrats are not all-wise and all-caring. They’re just like the rest of us bums on the bus; they’re ignorant, selfish, corrupt and lazy. But they’re worse in that they spend someone else’s money and that means they don’t care that it gets poured down a rat hole as long as they get to keep some of it and advance their careers. Private sector investment is far from perfect, but at least they do it with money advanced voluntarily by investors.

With such large body of evidence against state-investment, it’s clear that professor Mazzucato isn’t relying on reason or history as he claims. He made his choice for emotional reasons and only opposing ones will change his mind. Perhaps he would experience such emotions if he lived for a while in one of the states mentioned above that practices what the professor preaches.