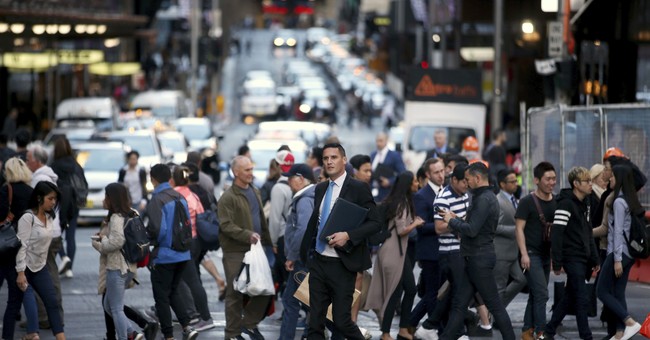 The US stock market was stuck “in irons,” as sailors describe a ship sitting still in a windless ocean, for most of this year. But recently it tested new highs as earnings reports from banks and the tech sector inflated its sails.  Mainstream economists can see no icebergs ahead in their crystal balls. One might describe the current investing climate this way:

Every now and then the world is visited by one of these delusive seasons, when “the credit system” as it is called, expands to full luxuriance; everybody trusts everybody; a bad debt is a thing unheard of; the broad way to certain and sudden wealth lies plain and open; and men are tempted to dash forward boldly, from the facility of borrowing.

Promissory notes interchanged between scheming individuals, are liberally discounted at the banks, which become so many mints to coin words into cash; and as the supply of words is inexhaustible, it may readily be supposed what a vast amount of promissory capital is soon in circulation...

The example of one stimulates another; speculation rises on speculation; bubble rises on bubble; every one helps with his breath to swell the windy superstructure, and admires and wonders at the magnitude of the inflation he has contributed to produce.

Speculation is the romance of trade, and casts contempt upon all its sober realities. It renders the stock-jobber a magician, and the exchange a region of enchantment...

These quotes come from Washington Irving’s “The Mississippi Bubble” essay, written in 1819 to help Americans grasp the cause of the deep depression the US economy had fallen into. The economists of the Manchester school, from whom the greatest economist of the 20th century, Ludwig von Mises, picked up the kernel of his business cycle theory, wrote a generation after the depression of 1819. Murray Rothbard wrote a more academic history of the Panic of 1819. Irving used the history of Paris a century earlier as an example and as far as I know offered the earliest version of the Austrian business cycle theory.

The whole essay is worth reading for the economic light Irving generates, and he wrote it as beautifully as his fiction. If economists could write as well everyone would scramble to learn the dismal science. Irving demonstrates how astute observation has the power to derive sound principles from history.

In short, Irving describes how John Law persuaded the regent of France to allow him to set up a bank to issue paper money in order to revive France’s depressed economy. Also, Law set up a stock exchange primarily to sell shares for a venture in Mississippi, as the French called their colony in North America. Irving doesn’t include Richard Cantillon’s role, but Cantillon conducted the first instance as far as I know of selling stocks short and he made a fortune. Adam Smith mined Cantillon’s book on economics without giving him credit.

Law flooded France with paper money and launched a frenzy of business activity. People considered him a genius. Women climbed through the windows of his house to meet him. Paupers became rich overnight. Demand for carriages, real estate and shares of stock rocketed.  Suddenly, the weather changed:

Let but a doubt enter, and the “season of unexampled prosperity” is at an end. The coinage of words is suddenly curtailed; the promissory capital begins to vanish into smoke; a panic succeeds, and the whole superstructure, built upon credit, and reared by speculation, crumbles to the ground, leaving scarce a wreck behind...

When a man of business therefore, hears on every side rumors of fortunes suddenly acquired; when he finds banks liberal, and brokers busy; when he sees adventurers flush of paper capital, and full of scheme and enterprise; when he perceives a greater disposition to buy than to sell; when trade overflows its accustomed channels, and deluges the country... in a word, when he hears the whole community joining in the theme of “unexampled prosperity,” let him look upon the whole as a “weather-breeder,” and prepare for the impending storm.

Irving’s history of France’s “Mississippi bubble” in 1720 foreshadows most boom and bust cycles since, including the Great Depression and the late Great Recession. Today, banks don’t print money; they inflate the money supply by expanding credit, but the effect is the same. That spurs investment in business and real estate as well as demand for stocks, bonds and “equipages” (today that would be cars).

And unless human nature has changed, Washington Irving wrote the rough outlines of the next recession.