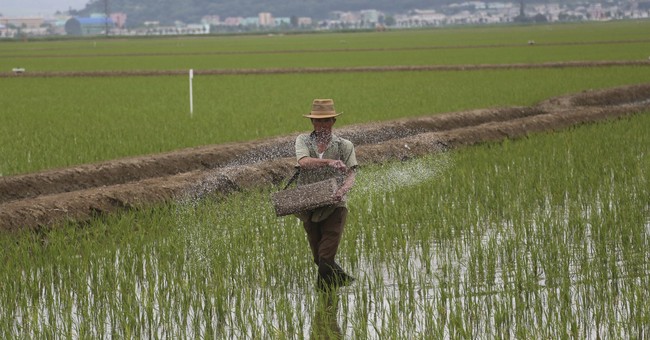 Why would anyone be afraid of Wendell Berry? As an icon of the left, many readers may never have heard of him. He’s a Kentucky farmer in his mid-80s who farms like the Amish, hates technology and has written scores of books of poetry, essays, novels, and short stories idolizing his lifestyle, the land and rural living.

Wendell Berry is everywhere. Patrick Deneen praised him in Why Liberalism Failed. Christianity Today and The Gospel Coalition regularly honor him. Allen Stanton wrote “Why I hate Wendell Berry,”

If you are in rural ministry, he is inescapable. His poems are read as lectio divina at retreats. He is quoted in conference presentations and referenced in sermons. He is the subject of documentaries. An album of his poems arranged for a choral group can be downloaded on Spotify (which seems ironic, given his disdain for technology)...

A preacher from an affluent urban church will address small-church pastors at conferences, quoting Berry to us, speaking about how necessary our ministry in rural communities is. Between the lines, though, you can hear the real message: “I’m glad it’s you and not me.”

Berry claims to promote community, but his definition is as narrow as that of the Amish. To be part of Berry’s community, you would have to live in the same place most of your life and know the same people.

In contrast, Christians in the first century scattered all over the known world as they fled persecution, many jettisoning families on the way. Jesus commanded his disciples to abandon their community in Jerusalem when they saw it surrounded by Roman armies. Christians are supposed to be pilgrims, not attached to a place or even a group of people other than their local church while in one location. If Berry is right about community then Paul and the other apostles were the worst examples in history.

Frederick Bastiat, the great French economist of the 1840s, reminded us of another community in his Harmonies of Political Economy that is very different from Berry’s. In Bastiat’s community, farmers use technology, such as tractors, to increase food production so that fewer people starve and everyone doesn’t have to be a farmer if they don’t want to farm. If they have an inclination to make cars or practice law, they can leave the farm because farmers are producing enough surplus food to feed them.

Bastiat’s community spreads the gifts of God more evenly over the planet. For example, people living in warmer climates produce coffee and sugar that those in the cold northern climates can’t. Trade diffuses the blessing of warm climates from their places of origin. I wonder if Berry drinks coffee or tea or eats bananas, oranges, sugar or pineapples.  As far as I know, none of his neighbors in Kentucky grow those. And did he sell his tobacco only to local people who rolled their own cigarettes?

Bastiat gave God the credit for making steam, but when first discovered only the hyper-rich of the ancient world knew about it and then only as a toy. It took Mr. Watts to put the God-given principle to general use with the steam engine and then competition to diffuse it over the globe, benefitting not just Watts’ family but all of humanity for centuries. Most of the benefits went to people Watts would never meet. Berry doesn’t like that. He thinks we should trade only with people we meet face to face.

Wendell Berry’s community is more like that of primitive tribes that Helmut Schoeck described in Envy: A Theory of Social Behavior. Tribal members despise innovation because it makes the inventor appear superior in intelligence or wealth. No one can stand out. The community makes all of the important decisions for you and fears change. No one can accumulate the capital needed to produce better tools because windfalls have to be shared with the rest of the community. Like the Amish, Berry’s community would lock people in a time capsule from which they can never escape.

Berry hates competition and blames it for overproduction that he thinks destroys family farms. In his most recent book, The Art of Loading Brush: New Agrarian Writings, Berry eulogizes a tobacco farmers’ association that operated like OPEC to set limits on each member’s production. All farmers agreed to sell their tobacco for the same price. If they couldn’t get that price on the market, the federal government made up the difference and the cartel would adjust production quotas. It was not that different from farming in the Soviet Union.

Bastiat acknowledged the pain that competition causes producers but warns economists against closing their eyes to the main benefit of competition: it reduces prices for consumers, spreads God’s gifts over a greater area and enlarges community:

Each producer, in order to obtain the highest price for his labor, endeavors, as we have seen, to retain as long as possible the exclusive use of an agent, a process, or an instrument, of production. Now the proper mission and result of Competition being to withdraw this exclusive use from the individual in order to make it common property, it is natural that all men, in their capacity of producers, should unite in a concert of maledictions against Competition.

Berry commits the economic fallacy that Bastiat identifies in Harmonies – fixating on the producer. Berry shows little concern for consumers. Consumers should adapt their lifestyles to the needs of the farmer, regardless of how badly he farms. The economists of Bastiat’s day suffered from the same rash.

It is not for the sake of agriculturists that agriculture exists, of manufacturers that we have manufactures, or of merchants that we have exchanges, but in order that men should have at their disposal the greatest amount of commodities of every kind. Consumption, its laws, what favors it, and renders it equitable and moral—that is the interest that is truly social, and that truly affects the human race. It is the interest of the consumer that constitutes the real object of Political Economy, and upon which the science should concentrate its cleverest lights. This, in truth, forms the bond that unites classes, nations, races—it is the principle and explanation of human fraternity. It is with regret, then, that we see Economists expending their talents and sagacity on the anatomy of production, and throwing into the twisted conclusions of their books, or into supplementary chapters, a few common-places on the phenomena of consumption.

Why be afraid of an old Kentucky farmer? His economic ideas are naïve and dangerous; they are aan agrarian version of Mussolini’s fascism. Berry would take away your freedom and impoverish consumers in order to keep alive his primitive farming methods. He wrote in The Art of Loading Brush, “To limit production as a way of assuring an equitable return to producers is assuredly an abridgement of freedom. But freedom for what? (p. 41).”

Bastiat might respond, “Freedom to improve the lives of consumers.” Production is not an end; it’s a means to benefitting all of humanity. Competition, not collusion by producers accomplishes that. As for an “equitable” return to producers, who decides what is equitable? Producers? Theologians have insisted for centuries that the only fair, equitable, or just price is one obtained on a free market without the coercion of cartels that Berry promotes.

Berry nags readers about the dangers of idolatry, but he has made idols of his land with his false agrarian religion.