Government Control Of Private Healthcare Based On German Fascist Model 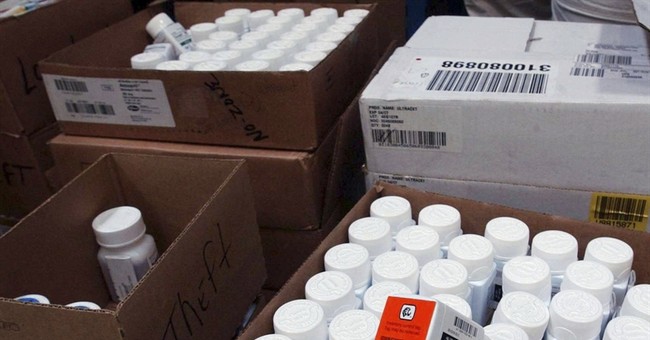 Few Americans understand how socialist our healthcare system is. The evidence comes from the many articles that trash European socialist healthcare and refer to the US system as a free market. The truth is that the US system is about as socialist as any in Europe, but in worse ways. It follows the National Socialist pattern.

Ludwig von Mises, the greatest economist of the twentieth century, wrote in Planned Chaos that there have been two means of achieving socialism, the Soviet and the German, or Nazi.

In the Soviet system, all economic enterprises are departments of the government just as the administration of the army and the navy or the postal system. Every single plant, shop or farm, stands in the same relation to the superior central organization as does a post office to the office of the Postmaster-General.

The second pattern – we may call it the German or Swangswirtschaft system – differs from the first one in that it, seemingly and nominally, maintains private ownership of the means of production, entrepreneurship, and market exchange. So-called entrepreneurs do the buying and selling, pay the workers, contract debts and pay interest and amortization. But they are no longer entrepreneurs. In Nazi Germany they were called shop managers of Betriebsfuhrer. The government tells these seeming entrepreneurs what and how to produce, at what prices and from whom to buy, at what prices and to whom to sell. The government decrees at what wages laborurers should work, and to whom and under what terms the capitalists should entrust their funds. Market exchange is but a sham.

Property requires control of it by the owner. When the state controls the property, as it did in Germany, people no longer have property regardless of what the paper title says. Now keep the Nazi flavor of socialism in mind as we discuss healthcare pricing.

This is how pricing for healthcare in the US works. The Center for Medicare and Medicaid Services (CMS) in Washington, D.C. surveys hospitals and physicians across the nation every year to assess the prices being charged for thousands of procedures. They average prices for each procedure, adjust for costs of living, whether the hospital trains new doctors and a few other things, and then publish the results as the fees that CMS will pay for those procedures. Of course, that encourages doctors and hospitals to increase fees each year so as to boost averages.

The law that says no doctor or hospital can charge anyone less than they charge the federal government. S to avoid penalties, the healthcare industry takes the CMS prices, adds 5% and those become the minimum charges for patients not on Medicare or Medicaid. Government prices become a floor that continually rises on average 15% each year. Contracts between insurance companies and specialists quote prices as a percent of Medicare fees. A rare specialty, such as neurology, might get 200% of Medicare’s price schedule for its procedures.

It’s a much more convoluted method, but the Center for Medicare and Medicaid Services fixes the nation’s healthcare prices as much as any National Socialist bureaucrat did. But where the Nazis aimed at lower prices, the CMS method aims for higher prices.

So why doesn’t the federal government just set prices directly? The US tried price controls from FDR until Jimmy Carter who ended price controls from Washington on oil and gas. Until Ronald Reagan, trucking companies received a phone book-size catalogue of shipping rates from the US Department of Transportation that connected all major cities in the US.  Once Carter began ending price controls, and Reagan followed, the US economy rebounded from the stagflation of the 1970s. But socialist bureaucrats never gave up. Now they don’t want to tell businesses what to charge; they want to corral prices in fences made of massive numbers of regulations.

The Dodd-Frank bill regulating banks contained thousands of new regulations for the purpose of hemming in interest rates that banks can charge as well as to whom and how much they could loan money. In addition to CMS’s price controls, Obamacare added thousands of pages of regulations specifying the types of care insurance companies must provide and quarantined them into gold, silver and bronze plans. The whole point is to fix prices for healthcare at levels bureaucrats think appropriate. After all, they know more about it than anyone else, right?

I have written so far about the demand side of healthcare. The American Medical Association has controlled the supply side for over a century by bribing legislators and bureaucrats to pass regulations limiting it, but that would take several volumes to describe. Then end result is good healthcare at insanely high prices.

I have to confess that I have worked for ten years for a small healthcare insurance company that is non-profit, but not by choice. I find the Nazi system of direct price controls much more efficient.