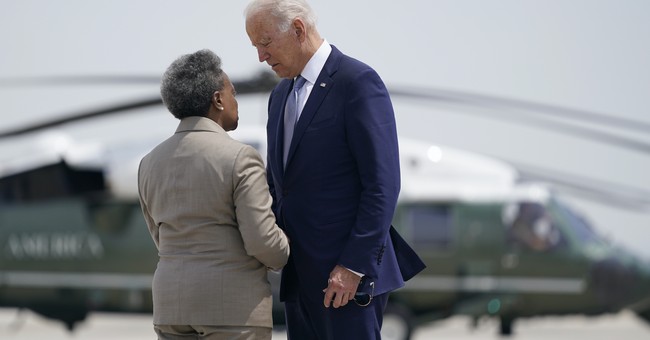 PARIS -- Is it even possible for people to get objective, accurate information about COVID-19? Throughout the pandemic, certain narratives have been sidelined or suppressed, with social media and conventional media dutifully acting as the handmaidens of the establishment. It smacks of the same propaganda tactics that have been used to manufacture consent for other globalist agendas.

If you're following the bouncing ball, we're at the point in the pandemic where, one by one, governments are beginning to roll out a "health pass," requiring anyone wishing to access everyday venues such as restaurants, gyms, swimming pools, shopping centers, bars, movie theaters and even hospitals to either get the anti-Covid jab or take a nose swab test within 48 hours. The jab and the test generate a QR code that's used as the health pass.

I recovered from Covid, but my antibody tests didn't generate a coveted QR code because the French government refuses to recognize antibodies not derived from a vaccine. I've already had five cotton buds shoved up my nose since the implementation of the health pass system on July 21 -- all just to continue competitive swimming training. But do I feel any more secure from the virus? Hardly.

An unvaccinated person who tests negative every few days could theoretically be contaminated in a health pass venue by a double-jabbed individual carrying the virus or by someone under the age of 18 (whom the government has exempted from requiring the pass). Israel's health ministry is reporting that the Pfizer shot has proven to be just 39% effective against the delta variant of the virus. And despite having 59% of citizens vaccinated, Israel is reintroducing an electronic health pass.

There's a push to be to roll out an entire tracking system under pandemic pretext. Once it's in place, will it ever go away?

Well, convicted British terrorist Richard Reid once tried to blow up an American Airlines flight with a shoe bomb in 2001, and we're still taking off our shoes at airport security screening 20 years later.

To get a glimpse of our potential future, it's worth considering past narratives pushed by governments. The war on terrorism has been promoted for years as an endless threat, and it's conveniently created a blank check for defense and intelligence spending, funneling taxpayer cash into the pockets of defense contractors and their shareholders. Similarly, the war on climate change created carbon tax slush funds and transfers of wealth to underdeveloped countries under the guise of climate-change projects that are prone to misuse, exploitation and corruption.

In both cases, anyone not adhering to the narrative of the need to fight terrorism and climate change using government resources is treated the same way as those now questioning government's insistence on introducing freedom-suppressing infrastructure under the pretext of managing a virus with an extremely low mortality rate.

And like the wars against terrorism and climate change, the war on COVID-19 has created true believers out of pure fear. There are no better pawns onto which to foist a fear-driven agenda. And what might that agenda be? It's hard not to see that it amounts to some form of control.

Earlier this year, while discussing the Chinese social credit system during a French senate committee meeting, Senator Jean-Raymond Hugonet of the center-right Republican Party made a frightening point about the system used by the Chinese government to track its population and restrict the daily lives of non-abiders.

"It is very interesting to see the way in which China, which has a population infinitely larger than that of European countries, is tackling the treatment of a virus much more important than the Covid, which will overwhelm us -- namely the anomie, that is to say the absence of recognition, by a human being or by a society, of the rules and laws," Hugonet said. "We have seen the yellow vests and are witnessing manifestations of anomie in France every day."

The senator added that without such a system, "there will be no other way to govern the numbers" in France.

The senator is right about one thing. These freedom-killing measures introduced through fear will either radicalize the population or result in its submission. There is no other option.

Rachel Marsden is a columnist, political strategist and host of an independently produced French-language program that airs on Sputnik France. Her website can be found at http://www.rachelmarsden.com.