Where Was COVID-19 The Deadliest For U.S. Seniors? 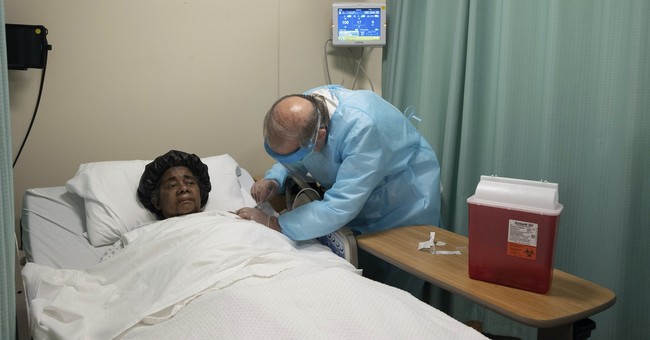 We're going to tell a story by asking five questions and answering them using interactive maps today! Let's start with the easiest question:

Where Do U.S. Seniors Live?

For all practical purposes, we would see a similar map if we had simply asked in which states do Americans live!

What Percentage of the Population is Age 65 or Older?

For this interactive map, we've divided the estimated population of Age 65 or older individuals by the total population for each state.

Notice that the distribution of the Age 65 and older population is not uniform across the country. Some states have either higher or lower percentages of seniors living among their populations. You might have expected to see Floria and West Virginia rank highly, but would you have guessed Maine ranks as the highest? Or would you have guessed Texas ranks the second lowest after Utah?

How Many COVID-19 Deaths Has Each State Had?

This interactive map may also be accessed through this link. The number of COVID-19 deaths covers the period from 1 January 2020 through 24 March 2021.

This map looks very much like the first map of where seniors live in the United States. That would make sense, since seniors have been the most at risk of dying from contracting a SARS-CoV-2 coronavirus infection. It would be logical to predict these two maps would be similar.

What Percentage of COVID-19 Deaths Were Among U.S. Seniors?

This next interactive map is where things start being surprising. Here, we found our results by dividing each state's reported number of deaths attributed to COVID-19 of those Age 65 or older by state's Age 65 or older population. As you might reasonably expect, the percentages are high, but the pattern that emerges is remarkable.

The lighter, more greenish-colored states in this map indicates a relatively lower share of seniors dying from COVID-19 than the darker, more blue-colored states. The pattern though is very similar to maps that show the states with the largest portion of Hispanic residents and immigrants live. Most of these states have high levels of cross-border traffic from Mexico, which has had a higher rate of fatal COVID infections than the U.S.

Where Was COVID-19 The Deadliest for U.S. Seniors?

This is the money question, where the answer can be found in the following interactive map. The data for the map indicates the number of COVID-19 deaths per 100,000 for the Age 65 or older population.

In many ways, this map reveals the answer to the question of where COVID-19 had the biggest regional impact in the U.S. The following states make up the five worst states for seniors during 2020's coronavirus pandemic, spanning two major regional clusters of infections:

New York and New Jersey top the list of deadliest states for seniors, but would likely not have if their officials had not adopted policies that increased the risk of spreading COVID among their elderly, sick residents in nursing homes during the pandemic.

Meanwhile, North Dakota and South Dakota are case studies for a different reason, since these two states adopted very different strategies for dealing with the coronavirus pandemic, which never-the-less produced very similar outcomes with respect to senior deaths according to this measure. The difference in policies however had a major impact on these two states' economies with one significantly outperforming the other.

Finally, Rhode Island had its own problems.