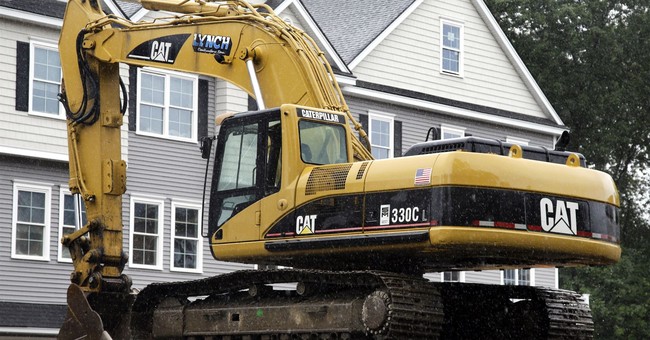 For the typical American household, the cost of a typical new home sold in the United States has become more affordable throughout 2019.

We can demonstrate that observation visually, where the following chart shows the ratio of the median new home sale prices and median household income, which has a preliminary value of 4.91 for October 2019, indicating that the typical new home costs 4.91 times a typical American household's income. That's down from a peak value of 5.45 in February 2018 and also down from the ratio of 5.31 recorded a year ago in October 2018.

Focusing on the trends for median new home sales prices since July 2012, which can be divided into four distinct periods, we can track the decline of the trailing twelve month average of new home sale prices since October 2018.

The fourth phase began as conventional 30-year mortgage rates peaked in November 2018 at 4.87%, where rising rates contributed to declining new home sales in 2018. Through October 2019, the average interest rate on 30-year fixed rate mortgages has declined to 3.69%, which has contributed to a rebound in the number of new home sales during 2019. Coupled with falling new home sale prices, lower mortgage rates have assisted new homes in becoming more affordable for the typical American household throughout 2019.