A Tale Of Teens In Two States 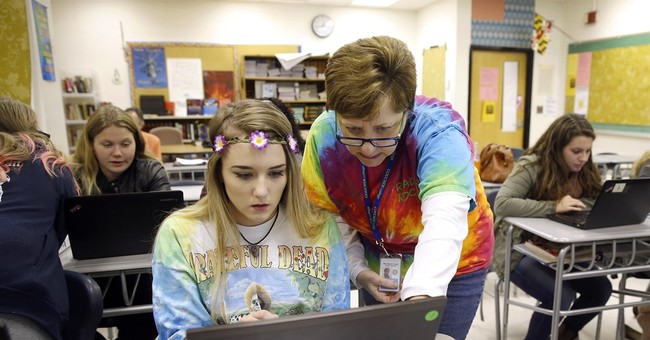 In this chart, we see that California's working teen population plummeted by 40% from 2007 through 2011, before flattening out through 2014. It went on to rebound somewhat in 2015, but has stagnated at roughly 27% below its 2007 peak in all the years since.

By contrast, Texas saw a 29% decline in working teens from 2006 to 2011, but has since largely recovered. More remarkably, the number of working teens in Texas has periodically surpassed the number in California, in 2014 and again in 2017, despite having a teen population that is considerable smaller than that of California.

That's a pretty remarkable observation, so we've calculated the employment-to-population ratio for working-age teens in California and Texas from 2003 through 2018, showing the results in the next chart.

Here, we see that both states start out in a similar place, where from 2003 to 2005, the share of the teen population with jobs in California and Texas was about the same.

There is, of course, one big difference between the two states that affects whether employers in each state even consider hiring teens to work for them.

That's far from the only difference between the two states however, where things like the composition of the two states' economies and the rates at which different industries in each state are growing also play a role in determining whether there are sufficient jobs that teens can land.

Teen employment is a positive factor that help boost household incomes, help the teens gain experience that will translate into higher incomes later in life, and can even reduce the amount of student loan debt that a college bound teen might otherwise have to take on. Which state's teens do you suppose are coming out ahead?