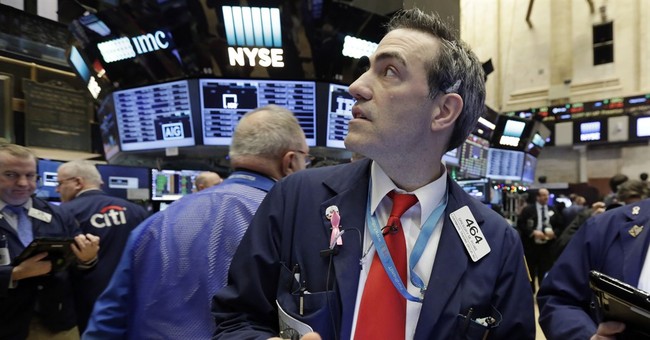 Not much changed for the outlook of the S&P 500 in the first quarter of 2017 since we featured our first look at the current quarter last week, but then, only two trading days have come and gone since that time! 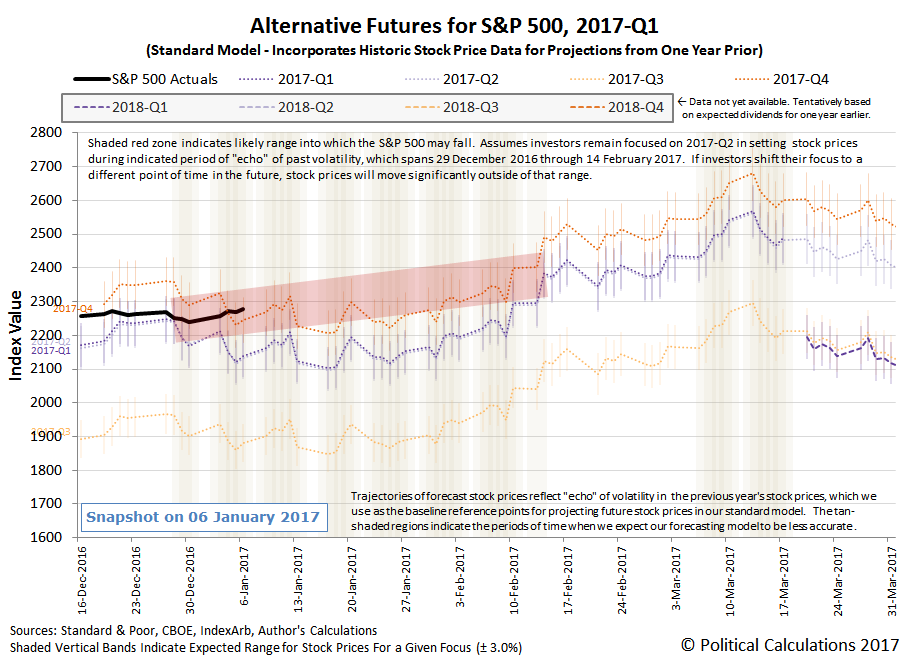 We believe that investors are currently focused on 2017-Q2, where the expectations associated with this quarter are at the fore in determining where stock prices are going. Since we've entered 2017 during a period in which the echoes of the past volatility of stock prices are skewing our standard model's projections of the likely trajectories of stock prices downward, which is true across all future quarters for which we can quantify the future expectations of investors, we've taken the step of indicating what we think the likely trajectory will be through mid-February 2017 as the red-shaded region shown on the chart.

We think that 2017-Q2 is the current focus because that is when investors are currently expecting that the U.S. Federal Reserve will next hike short term interest rates, where their next action is anticipated to be announced in June 2017, just as they have since mid-December 2016.

Looking further down the road, markets have priced in the next tightening to occur in June 2017 with odds standing at 61.6%. That is the first policy meeting where the probability passes the 50% threshold.

Considering the alternative trajectories that our standard model considers that the S&P 500 might take should investors suddenly chaotically shift their forward-looking focus to a different future quarter, we identify the following potential outcomes for the S&P 500, all with respect to their current projected trajectory:

We'll leave it to you to consider what scenarios might play out that might prompt lead investors to shift their attention away from 2017-Q2 to any of these other alternative points of time in the future. As for what kinds of things that we're paying attention to in our own considerations, here are the headlines from Week 1 of January 2017 that drew our attention.

Elsewhere, the Big Picture's Barry Ritholtz captures the positives and negatives in the U.S.' economy for Week 1 of January 2017.

Finally, although we specialize in tracking the S&P 500 (NYSE: SPX) here at Political Calculations, we don't entirely ignore the price-weighted Dow Jones Industrial Average index (NYSE: SPDR INDU) which is on the cusp of breaking through a psychological threshold, so here's hoping that CNBC's Bob Pisani might finally overcome his many weeks of disappointment in Week 2 of January 2017! Until then, since Reuters' headline writers already have it playing in their heads....

The way that you can tell that Prince was someone who was phenomenally ahead of his time is by his wardrobe. He's the only person featured in the video above whose appearance doesn't look hopelessly dated as being part of the era in which it was recorded!