There Is No Great Snowplow Stagnation 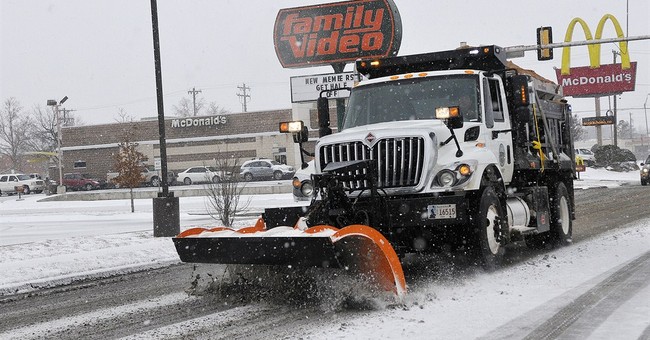 What the world needs now is a better snow plow. Imagine what it would mean for state and local transportation departments to be able to clear two lanes of road with just one vehicle, rather than the one vehicle per lane method in widespread use today. Now, meet the future as envisioned by now-retired Missouri DOT engineer and inventor Bob Lannert (HT: Core77):

Core77 describes the benefits of the TowPlow system:

As we saw in the rooftop snow removal post, getting rid of the white stuff provides unique design challenges for individual snow-clearers. And those challenges grow exponentially when spread over the community level. When entire towns and highways are buried under snow, local officials are tasked with an economic problem: How can we remove as much snow as quickly as possible while using the least amount of resources? Every hour of every day that a road remains unplowed, the local economy suffers; yet there are only so many plows, drivers, and fuel to spare, and there may be another storm coming next week, meaning resources have to be carefully managed.

The units aren't cheap—we found conflicting sources online indicating they cost anywhere from $67,000 to $100,000—but with states spending millions of dollars on diesel fuel each year to clear snow, the TowPlow is still a no-brainer investment. "TowPlows can pay for themselves the first year in many states," the company claims, and the math adds up: While it increases the fuel consumption of the vehicle towing it by 10-15%, that's still an 85-90% savings over having two vehicles do the work.

Lannert's home state of Missouri now has more than 130 TowPlows in their fleet, and found that they do such a good job of clearing the snow that less salt needs to be sprayed on the roads. That also adds up to a savings. "For every ton of salt we don’t use in the winter, that’s a ton of asphalt we can use in the summer," Missouri DOT Maintenance Superintendent Mike Belt told The Missourian, pointing out that the two materials have similar pricing.

As Tyler Cowen might observe, there is no great snowplow stagnation!