The Distribution of Income for 2010: Individuals

According to data just released by the U.S. Census this morning, in 2010, the median income earned by an individual American was $26,197, or rather, 50% of Americans earned more than that amount and 50% earned less than that amount. The average (or mean) income was $38,337.

We've presented the cumulative distribution of the total money income earned by individuals in the United States in the chart below: 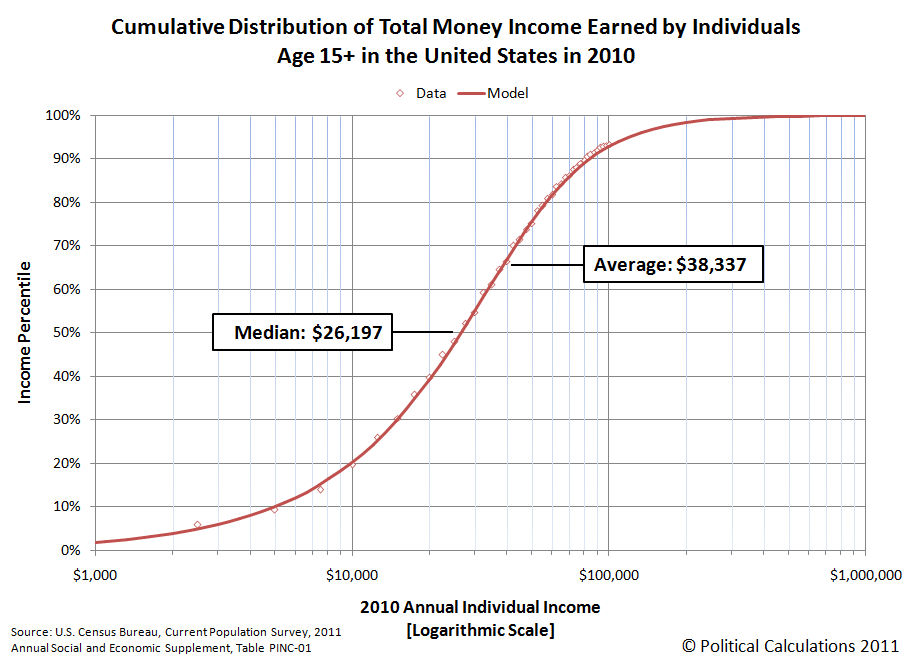 So what percentile does your income place you on that chart?

Well, wonder no more! Our latest tool will tell you exactly where you rank among all Americans, or rather, the 211,492,000 Americans over the age of 15 who earned money in 2010, based upon the U.S. Census' data for 2010, for which we modeled the distribution using ZunZun's invaluable 2D Function Finder.

Just enter your annual income into the tool on theclickthrough, and we'll give you a good idea of where you rank among all income earning individuals in the United States, at least for 2010! One last quick note before you start plugging away - our mathematical model tops out with the highest 0.13% of U.S. income earners and bottoms out with the lowest incomes, so entering either very high or very low annual incomes will produce static results.

If you don't work in the United States, you can still find out where you might rank by income in the U.S., but you'll need to convert your income into equivalent U.S. dollars. We recommend using XE's Universal Currency Converter to do that math before you enter your equivalent income in U.S. dollars in our tool above.

You can find out with our "What's Your U.S. Income Ranking?" tool, which is set up with 2009's income data!

Here's a companion chart to go along with the percentile chart we showed above, which shows the cumulative number of thousands of working age Americans who earned the indicated incomes shown on the horizontal axis or less in 2010: 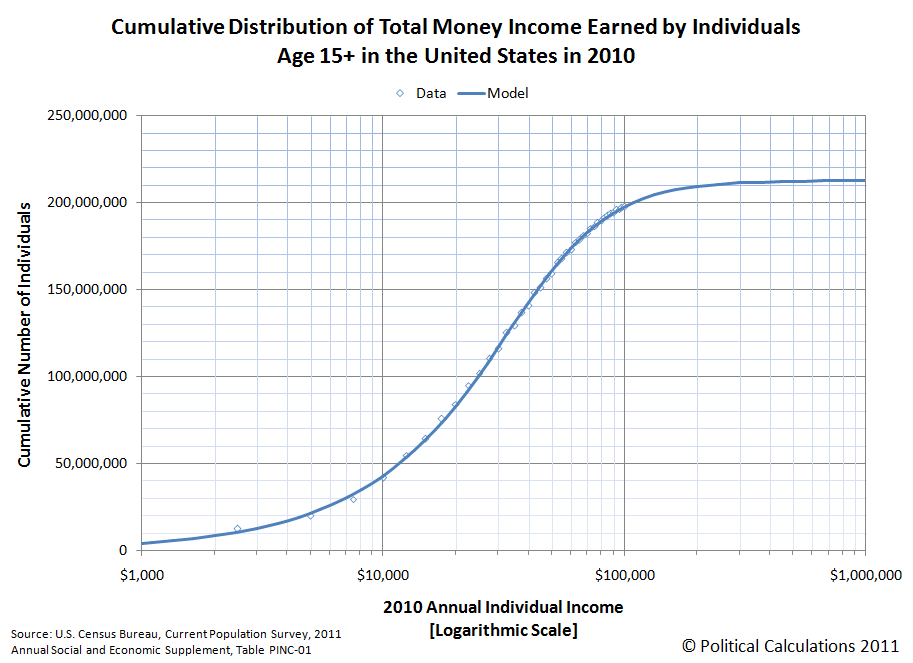