U.S. Should Be Exporting LNG, Not Importing It 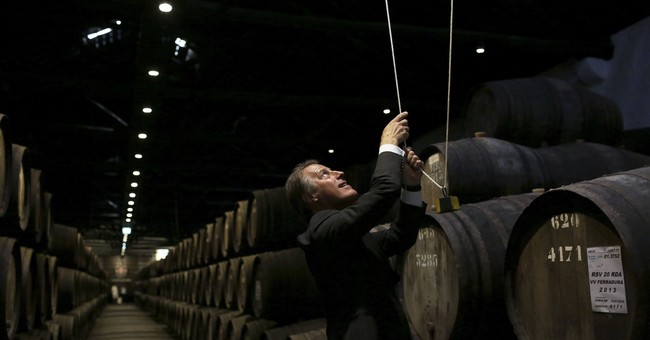 The president’s responsibilities in the national security arena may be his most important. It certainly has the current occupant of the White House thinking an executive order declaring an emergency on the U.S. border with Mexico to secure funding for the proposed wall might well be in order.

The Trump Administration is also considering action that would allow Chinese and other foreign flagged shippers to deliver liquified natural gas to Puerto Rico and Massachusetts, citing the same rationale: that it is in the interests of U.S. national security to allow this to happen.

In only one instance is this even possibly correct. The finding a national security emergency exists gives the executive branch considerable latitude in the actions it can take and, say more than expert in the issue, there’s a straight forward argument to be made in that regard for the border wall. Thousands of undocumented immigrants pour into our country over the border and embed themselves in the underground of American society. From their hiding places, they add to the problems associated with violent crime, the importation, and sale of illegal and counterfeit drugs, human trafficking, kidnapping, gang activity and other things damaging to the fabric of the nation.

A plausible case can be made that these activities present a danger to national security if not an outright emergency. That’s not so for the idea under consideration to use a declaration of a national emergency to order a waiver for the federal Jones Act and other laws governing commercial shipping entering the United States.

These laws protect the homeland. They ensure we have a vibrant domestic shipping industry and reflect American sovereignty by requiring goods shipped between two American ports move on American ships staffed by merchant mariners vetted by the Department of Homeland Security. Like similar laws governing airlines and other modes of transportation these laws constitute a “wall” protecting U.S. markets and inland ports by ensuring only those with background checks go up and down American waterways. Waiving these laws would tear down that wall, creating dangers we might not know were there until after it was too late to do anything about them.

In the case of shipping liquified natural gas, or LNG as it is more commonly known, a waiver would be destructive and have no real purpose. There’s only one place where LNG can be received – and it’s not in Puerto Rico. Those projects are only in the planning stage. The green groups that have so much influence over U.S. environmental policy are adamant LNG terminals not be constructed there or anywhere. Completion is at least 3 to 5 years away, and that’s optimistic given the regulatory and financial hurdles and political opposition that must be overcome.

A few very short-term waivers lasting 7 to 10 days have been issued in the past following natural disasters including for Puerto Rico following Hurricane Maria. But these were in response to actual emergencies and were not cleared for a decade or more. There’s no emergency requiring the shipment of LNG to Puerto Rico – which might not be able to use the gas once it arrives. The power grid is still a mess but that’s because the power company is badly managed and has been for decades, not because there’s no fuel supply available on the island.

Issuing the waiver may scratch a political itch of Democrats in Puerto Rico and help the governor hang on to power. Florida’s congressional delegation, Republicans and Democrats alike, have made it clear they oppose it. Their state is home to a strong shipping and defense industrial base along with a growing LNG industry. They have invested more than $1 billion redeveloping Puerto Rico’s shipping industry with world-class, American-built LNG-powered ships. Allowing the Chinese and others access to their markets means all that money was spent for naught.

Potentially billions of dollars more in private sector investment, and tens of thousands of jobs in Florida, Pennsylvania, Texas, Louisiana and elsewhere hinge on successfully developing a robust U.S. LNG maritime industry. These are highly skilled, good-paying American manufacturing jobs critical to our defense industrial base and to future tax revenues. Chinese ships and mariners would be cheaper, which is why some big energy interests want to deep-six the American maritime industry in U.S. markets. That’s short-sighted thinking that gives up a tremendous potential strategic advantage. The world is craving American gas exports. Waiving the shipping laws for LNG would kill an innovative, growing industry in its infancy. And that really would undermine U.S. national security. The president should reject calls for the waiver and instead find ways to waive the regulatory barriers to getting as many LNG terminals as possible safely built in the shortest amount of time.