Biden Will Regret The $1.9 Trillion Stimulus 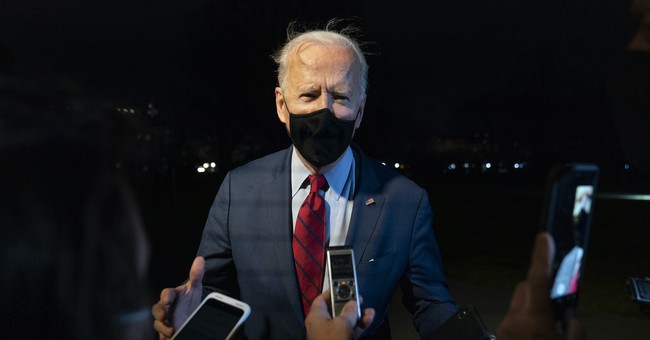 President Joe Biden’s $1.9 American Rescue Plan will certainly give the economy a jolt, but he may regret not spending the money differently.

Even many Democratic economists estimate the package is larger than needed to boost aggregate demand in line with potential gross domestic product. And it provides aid to many who don’t need it—for example, stimulus checks to households that have not suffered income loses and aid to states far exceeding their COVID revenue losses and expenses.

In 2020, COVID spending raised the federal deficit to $3.1 trillion in 2020 from $1 trillion in 2019. By purchasing Treasuries and other securities, the Fed printed money to finance it all. Its balance sheet increased $3.2 trillion and pushed interest rates on 10-year Treasuries TMUBMUSD10Y, 1.662% below 1%.

Importantly, the 10-year Treasury rate provides the benchmark for medium- and long-term debt in the private sector.

Households saved a good deal of their stimulus checks. Healthy corporations cut back investment and bulked up cash hoards, and weaker companies borrowed heavily to stay afloat. Investors hungry for yield jumped into junk bonds, and that leaves many firms—otherwise expected to travel through bankruptcy—heavily in debt but still functioning.

Mortgages became available at rock-bottom rates. Many who could work from home sought expanded living spaces, farther from commercial centers, and housing prices jumped 13% in 2020.

As the economy recovers, inflationary pressures will increase. Treasury Secretary Janet Yellen and Fed Chairman Jerome Powell assure us the Fed has the tools to hold price increases to a brief surge but inflation has a history of being tough to control once it gets going.

Fed won’t buy up all the debt

The ARA should push the federal deficit to $3.4 trillion this year but the Fed appears intent to limit bond purchases to $120 billion per month or less than half the projected deficit. The Treasury benchmark could rise enough to create positive inflation-adjusted yields for investors in corporate, mortgage and state and municipal bonds.

Those rates don’t have to rise a lot to significantly burden industries—such as the airlines and fitness centers—that don’t expect demand to fully recover for a few years, thanks to post-pandemic changes in corporate and consumer spending patterns. And undermine a housing market whose prices have far outrun family incomes and create new fiscal crises for New York, Chicago and other progressive cities.

Households and businesses will be spending more robustly but supply constraints have already emerged. Auto makers face shortages of chips and tight supplies for batteries to power new EVs, and are emphasizing higher priced models.

Consumer-product companies are enjoying more pricing power. As the economy accelerates this spring and summer, the Fed can’t merely tap the breaks a bit to temper inflation without creating collateral damage through high rates for struggling industries and the housing market.

Unemployment and evictions could soar

Later this year when mortgage payments and rent moratoriums will be phasing out, higher interest rates could send unemployment and evictions to socially unacceptable levels—even with the aid promised through the ARA. All that, just one year after protesters on the left brought riots and a breakdown in civil order to major cities and six months after protesters on the right stormed the Capitol.

Higher interest rates could easily become for our generation what the tea tax was for colonial Boston or the Salt Tax in the French Revolution.

On top of his $1.9 trillion stimulus, Biden now wants another broad package to improve private-sector competitiveness—infrastructure, aid the transition to green energy and electric vehicles, and industrial polices to meet the China challenge. And to accomplish greater equity and social justice—making permanent, for example, the ARA’s one-year boost to the child, dependent care and earned-income tax credits and food stamps.

Biden’s campaign platform called for an array of new taxes on high-income families and corporations. If fully implemented, those would yield about $400 billion a year but would hardly be enough to finance his ambitious program.

More borrowing will risk even higher interest rates or more inflation, and the president may wish he had back some of that $1.9 trillion in the ARA for those purposes. Like a young man who squandered his inheritance on high living, he will stew in his regrets when he sees the bill for creating a sustainable, prosperous future.