Postal Service Is No Obstacle To Secure Mail-In Voting 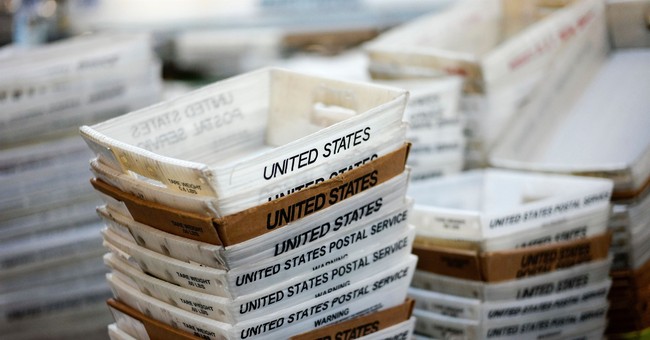 Like UPS UPS, 1.59%, FedEx FDX, 2.73% and Amazon AMZN, 1.85%, COVID-19 has stretched USPS resources to keep workers safe. However, first-class, two-day delivery was about 92.4% for the quarter ending in June. That’s only 1.5 points below last year, and anyone using Amazon and UPS for household items during the crisis knows that’s darn good.

At most, mail-in ballots will constitute 1% or 2% of the normal mail flow, the Postal Service will prioritize ballots and it has adequate liquidity through April.

Only five states—Colorado, Hawaii, Oregon, Washington and Utah—routinely conducted all mail-in elections before the crisis. Four others and the District of Columbia have promised to mail ballots to all registered voters, and many states allow voters to request an absentee ballot, with only a small number requiring voters to state a reason.

Mail-in ballots across jurisdictions vary considerably in format and content, and states have built safeguards against counterfeiting. The notion that some person or group could mass produce counterfeit ballots is silly.

The only real opportunity for fraud is for voters to obtain or request ballots through addresses where they no longer reside or for unsolicited ballots of dead voters to be forged and returned. Those are not likely to happen in large enough numbers to tip elections.

Since 2000, first-class mail volume has fallen by about half and fliers and packages have not picked up the slack—overall pieces handled are down by more than 30%. Consequently, the Postal Service has too many underused retail locations, processing centers and mail collection boxes. Postmaster General Louis DeJoy is merely seeking to implement reforms recommended by independent studies before his appointment.

Political pressure from Congress keeps the Postal Service from closing post offices and raising prices to the extent costs require and competition permits. Skipping Saturday mail delivery, which elicits outrage on Capitol Hill whenever the idea is floated, would hardly help much.

Last year the Postal Service lost $8.8 billion, and ending Saturday delivery would save $1.4 billion to $1.8 billion. It has unfunded pensions and debts exceeding $160 billion, and taxpayers either have to bail it out or forsake guaranteed delivery to every address in the United States—including the mule haul to a few hearty souls at the bottom of the Grand Canyon.

The myth could be kept alive by the Treasury lending the service money that will never be repaid, but it’s time to recognize that the digital age offers more efficient ways to deliver utility bills, notices from the IRS, and other documents.

A comprehensive platform could be accomplished by assigning everyone a lifetime email address that would forward to Gmail and other commercial accounts, permitting ordinary individuals and businesses to open bank accounts at the Federal Reserve just as commercial banks do, and developing a comprehensive app. Consider how Tencent created WeChat in China, which permits just about everything—messaging, marketing and payments all on one platform.

Also, consider the environmental cost imposed by so many bills and documents round tripping—paper, ink, printing and motor vehicle emissions. All that needless CO2.

Ensuring that every household has reasonable access to the internet is not a herculean task—we did the same for landline telephones in the 20th century. For the few cases where that is not yet technologically feasible, a more limited, first-class mail delivery system—perhaps three days a week—would suffice.

That service could be subsidized as needed, and the Postal Service unleashed to charge whatever it likes for fliers and packages to compete with UPS, FedEx and the others. If those services fail, let them.

As for voting, beyond this election, state officials would be much more likely to create accurate rolls and secure balloting if they primarily relied on electronic registration and voting through the internet, rather than continuing most paper registrations and on-site balloting.