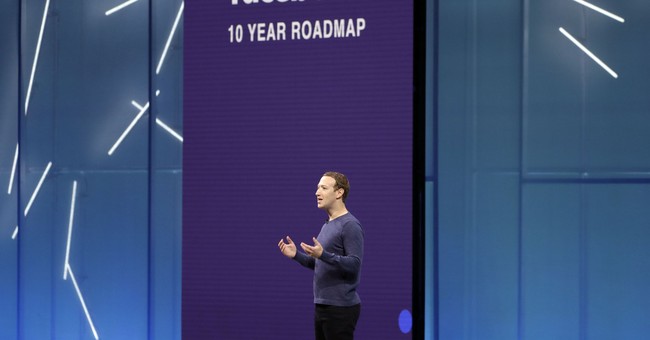 Few things unite Democrats, the Trump administration,the Federal Reserve, and even France’s Finance Ministry like opposition to Facebook’s FB, +0.30%  Libra. The principal grievances are that widespread use of Libra could instigate financial instability and further enable the illicit transactions of drug dealers and terrorists.

Virtually all this is disingenuous and reflects the insecurity of the political class.

The financial crisis was denominated in dollars. The shaky mortgages, shoddy bonds and derivatives were the work of regulated banks, mortgage brokers and other financial institutions doing business in greenbacks — before Bitcoin BTCUSD, +0.00%  came along.

Libra only would be created through purchases with dollars and other currencies that an association based in Switzerland would hold in reserve as bank deposits and high-quality bonds.

Libra would be backed by substantially more reserves than national currencies and be more stable in value than those currencies or Bitcoin. National currencies, including the dollar BUXX, +0.02%  , fluctuate with business cycles, trade disputes and official intervention to gain competitive advantage, and Bitcoin’s value is erratic and influenced by a handful of mega investors.

Instantaneous B2B, P2B and P2P transactions, authenticated and protected by blockchain, would greatly ease cross-border commerce. For example, actors in Nigeria and India could do business without cumbersome exchange-rate and payment system transactions that impose friction and costs.

Whereas the IRS treats each transaction with Bitcoin and other cryptocurrencies as a discrete capital gain or loss event — substantially limiting their use for most everyday payments — it could drive payments through a record-keeping platform at the association by treating those as ordinary purchases in foreign currency.

Existing banks and new institutions could take deposits and make loans denominated in Libra much as they now do in dollars. However, with proper Swiss and American regulation, those transactions and investments could be tracked as easily as those denominated in dollars and pose no more challenge to law enforcement than dollar-based payments.

China’s fintech industry is well ahead of the West. Through Alipay and its competitors, it has created a nearly cashless domestic economy.

It is a travesty that Americans still must haul around greenbacks — often used to enable tax dodging, grey market purchases — and pay 3% for the privilege of using credit cards. The former cheats ordinary taxpayers and the latter is a useless bankers’ tax on economic growth that could be eliminated by electronic money and a reliable blockchain payments system.

Libra could provide such a system that is far less costly to run and susceptible to fraud than the current systems now run by Visa V, +0.68%   and Mastercard MA, +1.39%  for ordinary consumers and Citibank C, -0.82%   and SWIFT for cross-border business transactions.

Similarly, Libra would provide a reliable currency and banking system in the Third World to poor folks and small businesses who are underserved and vulnerable to recklessly managed national currencies and unsafe local banks. Secure money and banking are a necessary foundation for economic development and would become accessible on cell phones.

Similarly Italy and other European economies are hamstrung by shaky banks and a euro EURUSD, +0.2908%   that is overvalued for their exports and undervalued for German businesses. Widespread use of the Libra could ignite growth the European Central Bank’s negative interest rate policies have failed to deliver.

Beijing has effectively frozen out foreign competitors to its domestic fintech market but so far, Alipay and others have enjoyed little success in the Third World. Penetration into offshore markets could accomplish a long-coveted Communist Party goal — replacing the international prominence of the dollar with a yuan-based USDCNY, +0.3849%   alternative.

If widely adopted, Libra — whose backers include Visa, Mastercard and Paypal PYPL, +1.12%   — could shut those doors forever.

Libra’s architecture is not patentable. If Washington manages to block Facebook’s initiative, Libra’s backers or Western competitors could simply establish a facsimile offshore — creating a cryptocurrency association in Switzerland or a regulatory haven in the Channel Islands would accomplish that.

If not, Chinese fintech could do the same in some jurisdictions outside China.

American, European and other Western regulators should require that the Libra Association and banks, credit-card companies and other financial institutions make transactions trackable as the latter do now for those in national currencies.

Libra is an opportunity for the American financial industry to leapfrog Alipay and other Chinese fintech, provide much of the world with sorely needed reliable banking and simply make doing business in America and worldwide less expensive.