Every now and then I get a call from one of my longtime broker friends of the past three-plus decades about a stock from “back in the day” that makes a sudden and determined move higher, snapping out of a Rip Van Winkle-like slumber.

While it has been a great trading stock, it has also been a poor investment. Fast forward to February 2020 and the stock is trading at $4.00 and looking like the next move is going to be higher — maybe way higher. Rising gold prices are leading to significant cash flow generation. As gold prices approach $1,600 per troy ounce, there is a fundamental shift occurring at Yamana.

The demise of the company’s stock price can be traced to taking on too much debt on the bet of a bull market in gold prices preceding 2012, only to see the demise of the stock when gold prices crashed to $1,100/oz. in late 2015. It was the quintessential inverted scenario that shuttered a number of junior miners. 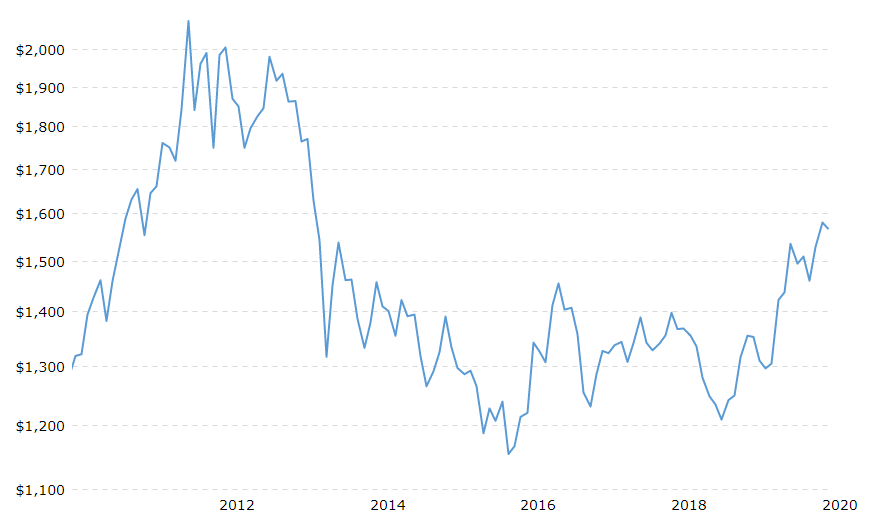 Taking into account the latest set of Q4 financials, and given that the central banks are the biggest buyers of gold and will continue to be as long as they are printing unlimited amounts of fiat currencies around the world, I believe it is time to revisit this stock again.

So, let’s delve into the company’s latest performance, because it is all about the numbers from the published Q4 results:

The company’s primary objective is to maximize free cash flow, and 2019 was a particularly strong year in this regard. Full-year cash flow from operating activities increased 29% to $521.8 million, while net free cash flow rose 63% to $358.4 million from $219.8 million.

Now for the technical take. The stock is emerging from a high-volume flag formation where a “golden cross” is in the making. For traders and investors alike, this is a hallmark of when to take at least a partial position. I like the work the stock has done at its current $4 per share level and believe the next move is likely to $6 per share, assuming gold prices stay in their current bull trend or just move laterally. 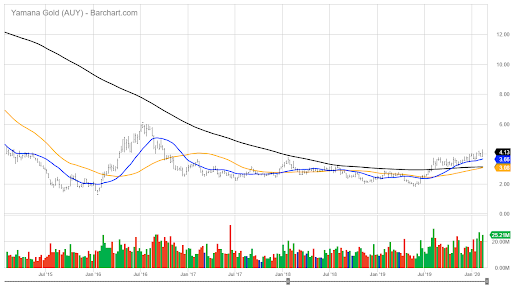 The stock trades like water and is valued at less than one times book value, and I, for one, do think that gold prices will continue to trend higher in a world awash in rising debt and devalued currencies. Against this backdrop, Yamana Gold just might be one of the more intriguing turnaround stories of 2020. No promises, but by this time next year, investors might be asking themselves: how on earth did I miss that trade?

For advice each week about my favorite recommendations, consider subscribing to my Cash Machine investment newsletter, as well as my Premium Income, Quick Income Trader and Breakout Profits Alert services.