Govt Says They Know Farmer Is Honest Businessman, Take $63,000 From Him Anyway 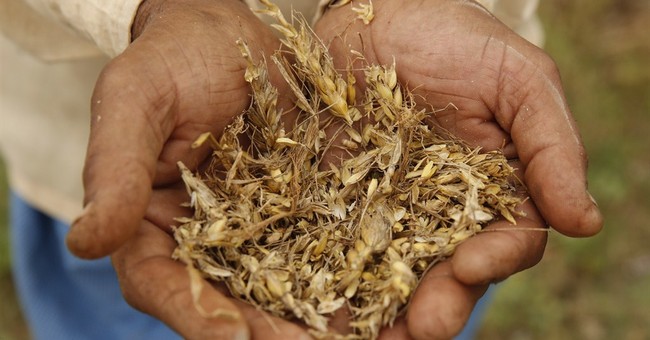 Word is that Al Sharpton is holding a hunger strike to protest the fact that the Senate won’t move on the Lorretta Lynch AG nomination. You can guess why Sharpton think things are held up. One of the real reasons why Ms. Lynch is under such scrutiny is her support of civil forfeiture. The seizing of property by the police even if someone has not been convicted of a crime. Across the country police departments have used the tool to feather their nests. The practice is often called “policing for profit.” People lose homes and livelihoods even if they have done nothing wrong.

One such example comes from Frederick County Maryland. A small farmer who ran a cash market sometimes would deposit just less than $10,000 after a sale day in the bank in an effort to avoid the paperwork associated with depositing more that $10,000. This practice is called “structuring” and according to police it is a no no. So the police decided to seize the $63,000 in the account used for the farmer’s market. They did this even though the police said they knew their victim was innocent of wrongdoing.

“We wanted to put the money somewhere my employees wouldn’t see it and think we had a lot of money to spend,” Sowers said. So his wife started putting the farmers market cash in a new account. A teller told her, Sowers said, that depositing more than $10,000 at once would require the filling out of a form. So the Sowerses kept their deposits below that amount, even when a weekend could yield $12,000 to $14,000 in cash.

On Feb. 29, 2012, two special agents showed up at the farm and asked Sowers about the deposits. He told them, according to court filings, that he was trying not to “throw up red flags.” In other words, he admitted that he had intentionally avoided triggering the disclosure requirement.

“That’s about when they quit asking me questions,” Sowers said. The $63,000 in his account had already been seized.