Why Don’t We Have any Private Passenger Trains? 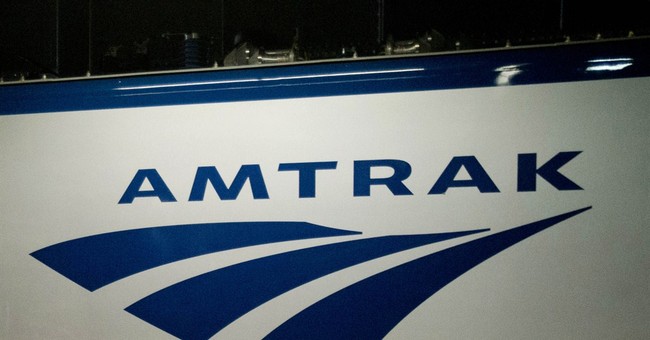 As I ride the train and look out at the Virginia countryside, Blue Ridge Mountains to my left, the Piedmont to my right, I am struck by the beauty of my home state. As the sun rises the sky quickly shifts from violet to pale blue. There is no mist this morning, just crisp clear early spring.

Overall I don’t have many complaints with Amtrak. For the most part it’s on time. The trains are usually pretty clean. The fares are reasonable. The stretch I ride is usually populated with regular Washington DC commuters and so I get the sense a bit of extra attention is paid. This morning however I got on a train which had started last night in New Orleans (from what I could gather) and which would arrive ultimately in New York in the afternoon.

The train was late by 15 minutes – not terrible – but just as I was about to hop on a stream of bleary eyed people poured out, most immediately lighting cigarettes as they exited. They got off. We got on. The people finished their smokes and the train started rolling again. By then we were ½ hour late.

I know I am being picky.* Frankly $33 to go from Charlottesville to Washington DC is a very good deal. I get to sit at a table in the cafe car while I write this. It certainly beats the heck out of driving 3 ½ hours into Washington. And that’s if I don’t hit traffic, which I always do.

So, as I fly along just south of Manassas I wonder why it is that no one can make any money doing this privately?

The reason we have Amtrak, a government owned (taxpayer owned) train line, the only passenger line, is because of so called “market failure.” (There is no such thing as market failure by the way. Markets may act in ways that many people don’t like but they don’t “fail.” Markets just are.) We are told that private passenger trains can’t operate profitably in the USA. I wonder if this is true?**

I am not a transportation economics expert, so I could be missing something, but just a cursory review of passenger train market analysis online appears to show that at least a good number of people believe the “market failure” argument to be wrong. My gut says that there should be a way to make money transporting people by rail. My gut also tells me that government probably is what made it unprofitable. (Turns out I was right as the attached paper explains.)

I look out the window. Traffic is stacking up on the surface roads. I do not miss driving in Northern Virginia.

Of course there is a constituency, a largely unionized constituency,which is not keen on private trains. There are also others, particularly in Congress, who just can’t bear the thought of letting this vestige of unabashed socialism die. (Thanks Nixon.) Government might not own the power plants, or the steel mills but at least the government has Amtrak. It’s almost like Europe!

These seem silly reasons to keep the line. But I’m not arguing for the death of Amtrak. I am arguing however that someone figure out how to run a competing line.

Maybe this can’t be done physically. Maybe there isn’t enough room on the rails. I am sure there is a reason other than just bureaucratic hassles why private passenger trains don’t run. (Well I’m not sure.) And I accept that there are probably legitimate profitability issues, at least as passenger trains ran in the past.

But the train I am on will soon put me right in the heart of downtown Washington. I will get off and be right where I need to be. This is hugely convenient. It saves me time and money. It is something for which I certainly would pay a premium. But with a private train, I might not even have to pay such a premium, especially with lines competing with each other.

Additionally the quality of the food, seating, even sleeping quarters (?) would likely be of higher quality.

Given the convenience and general comfort of trains versus car and plane travel there is a market, I am convinced of it.

Passenger trains were put out of business we are told by cars and the highway system. But that was before the hell we have on the highways these days. There was a time when there was such a thing as an “open highway.” No longer. Driving is just a pain.

Imagine a train from Washington to Atlanta which is spacious. Which doesn’t have the hassles of the airport. Which maybe even has a special cigar lounge or an upscale bar. Alternatively maybe a coffee car with plants and ambient New Age music a little further down. These are things cars and planes just can’t provide. Maybe the train has tiny private offices in which to do work and even hold meetings. The sleeping quarters could be on par with a reasonably good hotel. Ooooh and what a bout a “kids car.” Where children could stretch out and literally bounce off the walls. There were times when I would have killed for such a thing traveling with 3 small children.

People will pay for these things.

Some of course will only want to pay for the transportation (probably me most of the time) but even these folks will likely have a much nicer experience than the average airline passenger. The real estate issues on trains are not as challenging as they are on the Delta regional flight to Pittsburgh. (Does Delta fly there?)

Additionally, and perhaps there is a limit on this which I am just not aware of, if the private line was wildly successful the company could just tack on a few additional passenger cars. If the economy soured it could also reduce them as needed.

I’m actually starting to get excited about this. Who wants to go in for say 50 million (to get started) with me to get this thing rolling? And lobbyists. I need some lobbyists to help me roll back the regs which have kept others from doing what I propose. And I need some…

Well we’re rolling into Union Station in 5 minutes. I’ll have to think about this some more on the way back. Hopefully I will have wifi on that train. I would on a private train.