Big Government is a Religion 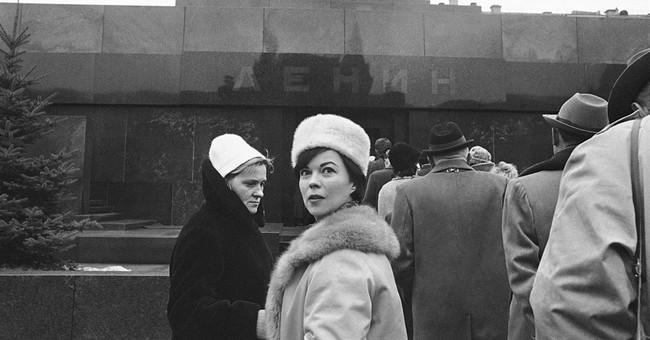 I am very grateful for the broad spectrum of readers we have at Against Crony Capitalism. We certainly have a certain take on how best to deal with the growing crony capitalism in this country, and that is for the most part to shrink the enabling organ, government. It seems plain as May Day to me and I have considered the ins and outs of crony capitalism for a long time. But there are those who disagree with us.

Even with the piles of evidence we have amassed, and which is available from other sources, some people continue to believe that if only we could get “good” people in government, things would be great. It’s not the size of government they argue. It’s the nature of government. If only we could get the corporate money out of politics (rarely is the same said of unions which give more to political causes than corporations) things would work for “the people.”

We could have single payer health care which is top flight. Vacations for 2 months. Free college. Social equality with the less fortunate brought out of systematic poverty (created by a bourgeois power structure of course) and the systematically rich brought down to size. We could have a fossil fuel free economy. Mass transit would whisk us from place to place for “free.” And golf courses would be converted into picnic grounds for the newly vacationed.

There used to be a tendency among big government people to at least call for a reduction in the size of the military which I always found laudable. But since such a military is no longer a threat to the Soviet Union (and is no longer seen as a weapon of “capitalist” imperialism) the military has become cautiously embraced by the statists in recent years who now see the value of a large works program emanating from the Pentagon. (The US military has become by far the world’s largest social engineering petri dish.)

“Liberals” have also cautiously accepted the surveillance state. The general tendency to fight Big Brother, often found on the Left of my childhood is pretty much gone. As the state has become ever larger Big Brother has become a friend to statists. To make a revolution one must break a few eggs as they say, even if one of those eggs is human dignity and privacy. The ends justify the means.

I used to wonder how it was that in the face of what seems fairly obvious, that markets are as natural as water flowing downhill, that a society should make it as easy as possible for the people with the best ideas and most outstanding work ethic to create value for the rest of society, that governments (even socialist ones) are always used to enrich an establishment at the cost of the everyday person, that so many people could continue to believe that perusing an ever larger state was somehow good for society.

And I don’t mean that I object to this pursuit from a “taxes are theft” perspective. I mean from the perspective of helping the largest amount of humanity. How could anyone believe that the state ever could work for the benefit of “the people?” It seemed (and seems) insanity to me.

But I don’t wonder any more at such things. I believe there are 2 main factors involved with people who are enamored with the state. One makes sense. One makes less sense.

The sensible factor as I see it is that people just value different things in life to different degrees. Many people are not entrepreneurs and could really care less about pushing the business and intellectual envelope forward. It has been said for instance that in Denmark, the supposedly happiest country on earth, people feel comfort in not reaching too high. In not challenging the status quo. In being part of the collective. If life is the life of a cog in a machine, so be it. At least I get my vacation at mid-summer.

Believe it or not I respect this worldview and understand it. There is something to be said for a life without too much excitement. Banality is under appreciated by those who have never experienced too much “excitement” in their lives.

That being said it’s not any kind of life for me nor for many many others. We are a species which explores. Which pushes toward the horizon. It is our nature. To some degree we need to put miles under our feet. To take pleasure in the next hunt. To enjoy spoils and to some degree to cry tears.

But to be part of a collective, to find a kind of identity within a group is understandable. In certain situations one could even argue that it is rational.

I don’t think however that of the 2 main factors (as I see them) which drive people to statism that the “cog in the machine” mentality is the most important.

The most important factor is the “religion” of statism, of big government, the cult of societal management, a Utopian vision of heaven on earth.

In a world where “God is dead” the materialist dialectic has filled the psychological void for many. Though the mystics of old, Jesus, Buddah, the saints, etc may hold no significance for some, for men of “progress,“ other deities do.

Marx, Hegel, Russel, FDR, Che, Trotsky, Chomsky, Keynes. These are the saints (along with many, many others) of the state. These men (and they are mostly men) strove for the betterment of humanity through the tool of government. They saw a vision of heaven and they sought to move humanity closer to this vision.*

It is a dream. A fine dream, a brotherhood of man. Jobs for everyone. Infinite health. Equality, but not equality of poverty but of collective wealth. Of art. Of actualization. A dream. The dream.

One can understand why so many bright minds would heed this siren call. The 20th Century was a century of machination, of cars, and planes, and chemicals, factories, and war. If humans could engineer a supersonic jet, or a trip to the moon, why couldn’t humans also engineer the society that Marx and Hegel glimpsed a century before? Why couldn’t (can’t) we have heaven on earth?

Yet this question begs another question. Why in an effort to realize this dream is it that so much misery surrounded (and surrounds) the pursuit of it? Hitler had his vision. Stalin his. Mao his. All saw a vision of heaven on earth yet they brought with them hell.

I am convinced that the reason the state as machine failed and continues to fail so badly is that the world is not a hard edged steel machine. People even today see the economy and society as a system with levers and pulleys, with buttons and dials, instead of the the living, breathing organism that it is.

Nature is not regimented. It flows, and twists. It goes this way and that. It is fundamentally dynamic. The human vision of heaven on earth – at least the statist version – rejects this dynamism. Markets and inequality (of income and status) are to be overcome by the great groundskeeper. Cut down this bothersome tree. Redirect this stream. Tear up this earth. Fill in that hole.

Such gardening can work in a limited way as long as the garden is limited in size the groundskeeper is constantly moving to counter the natural order of the economy. But in the end it fails, it always does, but before it fails terrible destruction is often wrought in an effort to stave off the inevitable natural order.

Statism, big government, is fundamentally unsustainable. It is fundamentally anti-natural. When an economy works with nature’s natural way – markets (and everything in nature is a market) – prosperity can be widespread and long lasting. The sun rises and sets. Water flows down the mountain. The seasons come and go. Economies ebb and flow. Jobs disappear, but new ones appear. Opportunity comes and then it goes.

The economy is not a garden. It is a rain forest full of beauty and diversity (and occasionally peril), with an order which emerges from perceived chaos.

The statist religion still holds considerable sway for many. It has been my experience however that once one does understand that dynamism is the the “way” the “tao” of society and the economy, the love of state often diminishes. The dream of a human planned heaven on earth makes less sense and suddenly all those people who called for “market based solutions” who were once dismissed as uncaring enemies of the worker suddenly make a lot more sense.

So statists of the world get hip. All you have to lose is a dead end political philosophy which enslaves and kills in the name of human liberation.

Welcome to the 21st Century.