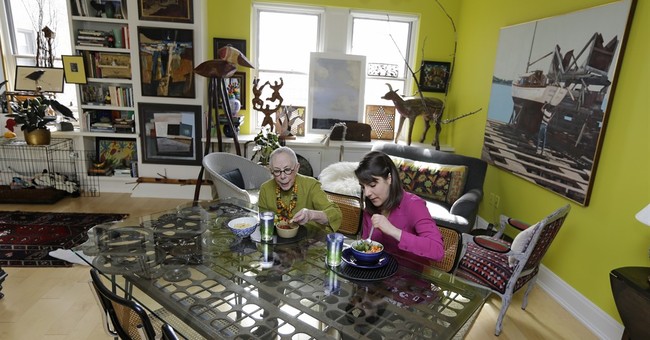 If you have less than $5,000 saved for retirement, you should be worried.

A new report from Northwestern Mutual indicates that nearly 1 out of 3 Americans has less than $5,000 saved for retirement. That's a shocking statistic. How is it that in the “lan of opportunity” people are woefully unprepared for one of the most difficult seasons of life?

Saving for retirement isn't a trick. It isn't something “savvy” investors do and everyone else dreams about. Saving for retirement is as easy as having a dollar amount or percentage withheld from your paycheck each pay period; then having those fund deposited into your employer retirement account (typically a 401(k), 403(b), 457, or TSP if you are a government employee).

With saving made increasingly easier for employees, why are so many so far behind?

The article states that part of the problem is purchasing power has remained fairly constant for several decades, while costs have gone up due to inflation. This means money doesn't go as far as it used to. The article even states that “Day-to-day costs continue to soar, and salaries don't go as far as they once did to cover the necessities.”

This seems to indicate that americans are having trouble affording their necessities and the result is less saved for retirement. I disagree that the problem is the ability of the average American to cover their necessities. I would suggest that the issue is the desire for non-necessities that is causing a lack of savings.

First, let's define what a necessity is. Anyone that has visited a developing country will quickly recognize a necessity as food, water, clothing, and shelter. These basic necessities are what we need to live and thrive and be productive each day.

The problems seem to start when we confuse our necessities with our wants. For example, I need food each day to live. But I don't needto eat out and thereby incur greater cost; which reduces the amount I have available for other necessities. If I choose to eat out and pay a higher cost than buying food at the grocery store, I am reducing the amount of funds I have available for future needs.

The confusion between need and want seems to be driving much of Americans' financial woes. We have a culture built on retail spending. Businesses spend billions of dollars on marketing and advertising to compel us to spend money on their products. The fact that a 30 second commercial in the 2018 Super Bowl cost companies a measly $5 million proves that consumer spending is out of control.

But the question remains, do I really need the latest iPhone? My phone is just a year old. Sure it can't do that cool new thing the newest phone can do. But does it make sense to spend $600-$800 per year on a phone? Other questions we should be asking ourselves:

Despite the fact that the U.S. Economy is booming and unemployment is low, people still have large amounts of debt. Credit card debts, student loans, home equity lines of credit, and auto loans are still on the rise. This translates to less savings. Less being put away for retirement.

An article at CBS News reported that nearly half of Americans can't pay for their basic needs. Needs such as housing, food, utilities, and health care costs. The article reports:

“Despite the U.S. economy being near full employment, 39.4 percent of adults between 18 and 64 years old said they experienced at least one type of material hardship in 2017, according to the study, which surveyed more than 7,500 adults about whether they had trouble paying for housing, utilities, food or health care.”

My question is: what is their definition of housing, utilities, food, and health care? If by housing you mean the oversized house that is entirely too large and the utilities that come with it, that's something else altogether. If by “hardship” paying for “food” you mean “I have trouble buying all named brand products while eating out numerous times each week,” that's a different story.

Americans may be suffering from a lack of foresight, a lack of planning. The urge to buy, the impulse to “live in the moment” is causing many people to spend everything with the misguided idea that they can make up for it later. Hey, if you don't want to retire until you are 75 then that plan can work. But if retiring when you are 60 or 65 is the goal, that plan is nothing short of disastrous.

We would do well to give a little less attention to the images we see on Instagram and be more diligent in the stewardship of our resources. Everything in life: time, our ability to work, and our resources are finite. Saving and planning for the future is not an option.