A Word Of Caution For Consumers Seeking To Borrow Money 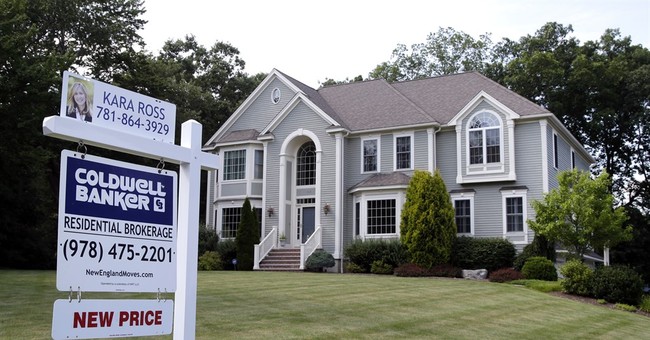 It's the economy, stupid.

Those now infamous words have echoed across continents for years. In recent memory, the American economy has been the focus of much speculation as talking heads debate whether President Trump is helping or hurting it. News that the U.S. Economy hit 4.1%in growth for the second quarter of 2018 made headlines across the nation.

Proponents of the current economy are at the top of the “Market Cycle of Emotions” as investor confidence and consumer spending remain strong.

But we would do well to remember that everything that glitters is not gold.

A couple of considerations are worth noting.

Because the originary interest rate has an inherent time value to it, it is a good indicator not just of how much people spend and save, but of how much people are borrowing. Because lenders are keeping interest rates low, there is an artificial opportunity being created that is encouraging people to spend. This can, and will, direct inflation towards certain sectors of our economy.

Continued borrowing means bigger profits for banks as they generate revenue through interest on loans. Hence the reason the originary interest rate is important, it's a signal that people are borrowing more than they are saving and that they can't really afford all that they are buying. America has often been called a nation whose economy is built on consumer retail spending. But if our economy is growing because we are borrowing money we don't really have to spend, it's artificial growth and the bubble is getting bigger.

Much of the borrowing seems to be driven towards new homes and college education. This means the bubble in those sectors continues to grow. It is entirely conceivable that these two bubbles in particular will burst in the near future. And if these bubbles do burst, where will the money to pay back the loans come from?

Another aspect to the current economic condition of the United States that must be considered is the low unemployment rate. Low unemployment is always thought of as a good thing. But when low unemployment meets a job growth environment, the result could potentially be detrimental.

If employers are creating jobs and need to fill those jobs, but there is not enough workers to fill the jobs. Although low unemployment does not cause inflation (excess money supply growth does), it can act as the trigger to unleash incipient inflation due to recent money supply growth. When employers have to compete for talented workers they do so by raising wages. Wage growth across multiple sectors can lead to inflation as retailers see an opportunity for profit and raise prices to keep up with wage growth.

So here we are, artificially low interest rates, borrowing, low unemployment, and jobs growth. While the U.S. Economy is growing at

a pace which makes us all optimistic, there is reason for caution. The protracted economic expansion we are currently in has to come to an end. It's just a matter of time.

A word of caution is warranted for all consumers seeking to hedge against a downturn in the market and economy.

When the economy enters recession territory, consumers with a high originary interest rate will be hit the hardest. Debt always brings burden. Borrowing to satisfy wants will eventually lead to unsustainable levels of debt. Unwise decisions will result in heavy burdens for consumers. Consider a word of caution from the aforementioned article:

“The ongoing issuance of fiat money through credit expansion (money 'creation' out of thin air) is indicative that something sinister is at work: namely that the real market interest rate has been pushed below the social originary interest rate, influencing businessmen and consumers to make unwise decisions.”

The bottom line is that the current economic environment is designed to give a false sense of security meant to entice us to borrow money. Don't be fooled. Too much debt is never a good thing and when the bottom drops from this market you will be straddled with more debt than you can handle.