VA, Benghazi: The Disrespect to Our Vets is a Crime 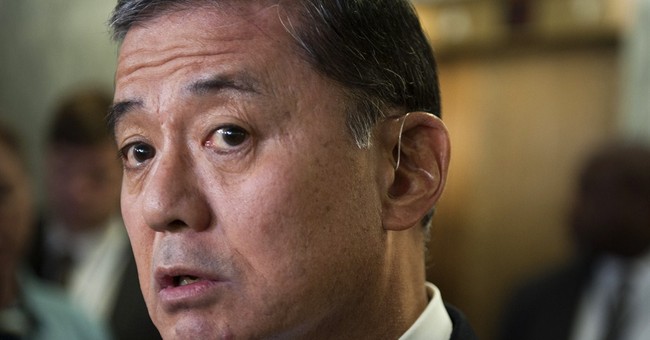 Once again Obama is “madder than hell!” over the treatment of our Veterans in the latest scandal to engulf this administration. He is vowing one more time that this is “unacceptable”, that we need to “get to the bottom of this” and “to find out who is responsible and bring them to justice.” The same words were parroted by Veterans Affairs Secretary Eric Shinseki as he testified before Congress on Thursday about the reports of deadly waiting times and lists, along with a cover-up that most probably caused the deaths of at least 40 patients at VA hospitals in Arizona.

I am MAD AS HELL for real!

I am sick and tired of this pathetic mantra repeated over and over again whenever the “s**t” hits the fan in Washington. The American people, our Veterans and their families, we have all had enough, and this time the Obama administration can’t lie their way out of it.For once, even the lamestream media is giving airtime and print to this story instead of sweeping it under the carpet like all of the others.

It has been obvious for a very long time that our vets are not a priority with this administration. However, both parties are to blame for cuts to benefits and the failure to keep our military personnel out of poverty. It is disgraceful that the people who put their lives on the line to keep us safe are the ones being kicked to the curb.

What happened to the “No man left behind” motto? In Benghazi, our Embassy was under attack; our Ambassador was murdered along with former Navy Seals Glen Doherty and Ty Woods and U.S. Foreign Service Information Management Officer Sean Smith. They were all left behind and this administration dismissed it as though it were yesterday’s garbage.

“Dude, that was two years ago!”

Try being the families of those fallen heroes and you will find out that the memory never dies and never fades.

With the allegations that have come to light over the abuse at the VA hospitals, not only are veterans “left behind”, now they are “left to die”. We found out that ill and injured veterans who believed and trusted that the VA hospitals would look after them and provide them with the care they needed were put on a waiting list, forgotten and never contacted again. This was so administrators could earn bonuses for making the numbers look better for shorter wait times.

The other slap in the face to our men and women in uniform is the constant protesting of fast food workers who are demanding an increase in the minimum wage. They are waving their signs and shouting that they want $15 an hour to flip a hamburger or ask “do you want fries with that?” I compare that to a soldier in Afghanistan or some other foreign country who is working much more than a 40 hour week, in worse conditions, away from their families and facing danger and possible death. Yes, they volunteered to fight, but I think their job deserves more pay than an entry level position.

Granted they get housing, medical care (which is questionable in some cases), and other benefits, but if you balance it out, their job is worth much more than they receive. On average, with the amount of time they put in and danger they are facing they make much less than a $15 minimum wage. Hey, even construction zone flaggers can make anywhere from $15-$50 an hour for “hazardous work conditions” depending on what city you are in!

Hopefully this VA scandal will gather momentum and shed light on the abuse within the Veterans Administration. Perhaps this time heads will roll and maybe someone will be brought up on criminal charges for the deaths of 40 or perhaps more people.

Enough with the studies, the committees and the analysis; we know what has happened and we need to stop it now. Enough with firing someone who was already going to leave his position just to try and appease us. (Dr. Robert Petzel – undersecretary of health at the DVA).

This is criminal and if one more life is lost because of corruption, bureaucratic red tape or incompetence, whether it is like Benghazi or at a VA hospital, if these Vets are left behind and forgotten, whoever is responsible should pay a high price and suffer the consequences.

No more lies, no more cover-ups.