Is Inflation On The Horizon? 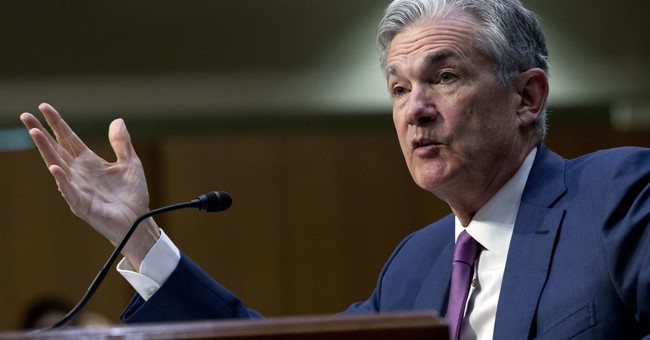 Trending
People are worried about inflation. Some even predict a dollar crash.
COVID-19 surcharges infuriate customers, but experts say dining out is about to get even more expensive

"At the end of the day, inflation is coming," restaurant industry advisor and investor Roger Lipton told business insider.

The price of eating out is not exactly a valid measure of inflation.

Economist Steve Roach has the answer to my question with this prediction: A Crash in the Dollar Is Coming.

The era of the U.S. dollar’s “exorbitant privilege” as the world’s primary reserve currency is coming to an end. Then French Finance Minister Valery Giscard d’Estaing coined that phrase in the 1960s largely out of frustration, bemoaning a U.S. that drew freely on the rest of the world to support its over-extended standard of living. For almost 60 years, the world complained but did nothing about it. Those days are over.

Like Covid-19 and racial turmoil, the fall of the almighty dollar will cast global economic leadership of a saving-short U.S. economy in a very harsh light. Exorbitant privilege needs to be earned, not taken for granted.

He cites exploding deficits, the reserve currency, lack of savings, the coming stagflation, and the protectionist policies of Trump,

In regards to the latter, Trump will be gone in November and I doubt Biden will be worse even though there is a clear global shift towards nationalism and protectionism in both the US and EU.

Death of the Dollar

We have heard this all before, at least several times a year for the past 20 years or so.

Hyperinflationists Come Out of the Woodwork Again

On April 14, I noted Hyperinflationists Come Out of the Woodwork Again

I see it differently. On March 5, I wrote a Very Deflationary Outcome Has Begun: Blame the Fed

Will the Fed's Balance Sheet Cause Inflation?

A surprising number of people are worried about inflation. Given the big demand shock we face, hardly a legitimate worry. What is legitimate & what inflation "hawks" are really about is the massive rise in central bank balance sheets, which - let's be honest - we'll never unwind. pic.twitter.com/UQCYM0eRWe

"Given the big demand shock we face, hardly a legitimate worry," says Brooks.

What About Asset Bubbles?

Brooks is discussing CPI inflation not to be confused with asset bubble inflation.

Asset bubbles are enormous now. The Fed contributed to them. And yes, they constitute inflation.

Why Isn't the Dollar Collapsing Given Trillions in Printing?

I addressed many of these questions on May 24, in Why Isn't the Dollar Collapsing Given Trillions in Printing?

Think Outside the US

I remain amused by all the calls of hyperinflation and high inflation given the Fed has turned on the printing presses.

However, currencies cannot be viewed in isolation.

To those expecting a total US dollar collapse, here's my word of advice. Stop being so US-centric.

What Germany fears now and has from the outset is "debt mutualization" in which Germany would bailout Greece, Spain, Portugal, and Italy.

And despite the German court ruling, Pablo Iglesias, Spain's Deputy PM. says a “certain [level of] debt mutualisation is a [necessary] condition of the [continued] existence of the EU”.

The EU once again faces a breakup crisis.

This setup prompted my May 8 post: Eurozone Breakup Risk at New High.

Factor in Fed pledges to not let interest rates go negative (in contrast to Europe and Japan), and you have more reasons the dollar won't crash.

For a discussion of negative rates, please see Negative Rates Are Not an Option.

How Long to Get Back to Even?

Demand destruction is enormous. The CBO Estimates it will Take 10 Years Just to Get Back to Even

And what about retiring boomers want to downsize their houses? Shifts in business travel, more work at home?

And what happens when asset bubbles break if not deflation?

Yet, given all this competitive currency debasement, I still have a question: Got Gold?

And what happens when asset bubbles break if not deflation?

Yet, given all this competitive currency debasement, I still have a question: Got Gold?

Leah Barkoukis|
Brace Yourselves, Black Reparations Is About to be a Debate Topic on the Hill
Matt Vespa|