Gold "What If?" Silliness From Peter Schiff 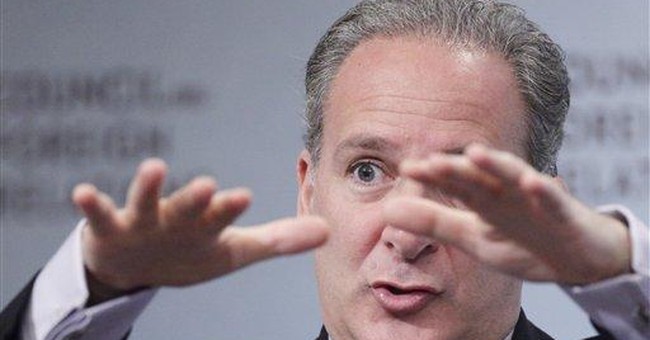 Trending
Peter Schiff and Jeffrey Gundlach posed a "What If?" question on Gold. Let's discuss, including the math.

Jeffrey Gundlach Asks "What If?"

I spoke about how physical gold is far better that “paper gold” for the opposite but related reason that tanked May WTI today. What if the “paper gold” vehicles wanted to take delivery of their futures and the counter party couldn’t deliver?

I spoke about this possibility on my live podcast today, which ended about an hour prior to your tweet. I also made a similar comment on my Twitter account three hours before you did. When I repeat a good point that you made, I always give you credit. https://t.co/OUEwfrRvsT

Please flash forward to the 20 minute mark for the discussion.

Schiff accurately comments that longs have the right to take possession of a gold contract, But then he makes a bunch of speculative claims that the gold is not there.

It is possible that miners may not be able to deliver some contracts if their mines were shut down.

The COT reports come out on Friday and reflect the positions from the prior Tuesday. Thus, from a COT perspective we are looking at positions from Tuesday, April 14, but the price is current.

As of April 14, the producers were short 108,251 contracts. Producers sell forward. That is what they do. Assuming they have no gold on hand and assuming mine production is halted, then yes, producers could be in trouble IF the longs demand delivery.

Schiff mentions that possibility and I do not dismiss it, but there are two assumptions in play.

The Swap Dealers are short 172,157 contracts. Schiff acts as if the dealers are not hedged.

"Given there is a shortage of physical gold, what I think is going to happen is, instead of just rolling over their long contracts to another contract, ... what's going to happen is the longs will say, I want my gold and shorts will have to deliver gold that they do not have. They will have to go to the physical market and buy it but there is no gold to buy. So the price has to go ballistic ..." says Schiff in a long rant from the 20 minute mark to the 24 minute mark.

But they are hedged. How do we know?

The contract value is such that if the dealers were not hedged, they would have been blown out of the water long ago.

Schiff repeatedly states that he expects the longs will take delivery. Really?

Let's do the math.

For the longs to take possession they would have to come up with a "mere" $47.7 billion at at the current price.

Other than small dealers, jewelry makers,and tiny industrial uses, the bulk of the gold contracts gets rolled over month after month for this reason.

The higher the price of gold, the more unlikely it will be for the longs to take possession.

A Word About Speculators

Schiff rails about the "short" speculators.

But the broker-dealers are hedged, not speculators (otherwise they would have been blown out of the water long ago at these prices) given they have typically been short for something like forever.

Moreover, the longs don't take possession because possession is not as liquid and because the hedge funds like to use leverage. Leverage is not possible with real physical gold.

Ironically, it is the longs who don't take possession who are the real speculators.

Gold vs Faith in Central Banks

Hyperinflationists Come Out of the Woodwork Again

But forget hyperinflation nonsense as the reason, because it's not going to happen.

Please see in Hyperinflationists Come Out of the Woodwork Again for a discussion of the silliness of the idea.

No Shortage of Gold

The alleged shortage of gold is nonsense in more ways that one.

For further discussion of the alleged shortage, please see No WSJ, Gold is Not the New Unobtanium: Where to Buy?

That is something Schiff and I agree on.