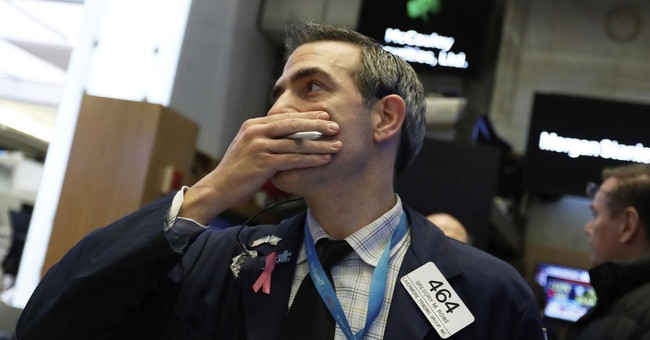 Despite emergency liquidity move by the Fed, yesterday's Stock Plunge is Worst Single Day Since 1987.

The furious falls in share prices on rising fears of a global slowdown due to the rapid spread of coronavirus occurred despite a $1.5 trillion intervention in short-term funding markets by the Federal Reserve.

But few parts of the market were immune. All 11 sectors of the S&P 500 tumbled, with losses led by the real estate and industrial sectors. Even companies that investors thought would reap the benefits of the virus tumbled. Clorox ended the day down 6.3%. Gilead Sciences, which has started testing a virus treatment, fell 6.1%.

Illogical Comments of the Day

“We are beyond the logical, mathematical approach to things,” said Steven Dudash, president of Chicago-based IHT Wealth Management. “We’ve got complete overreactions going on because of the fear of the unknown.”

“When you see that, you can’t expect to see a logical response to interventions,” he said.

If you do not know what is going to happen, how many people will die, or how long this will last, how the hell can anyone say the market reaction is illogical?

A friend of mine commented yesterday that you cannot blame the Fed for the coronavirus.

But you can blame the Fed for blowing three massive bubbles in succession, each bigger than the prior one, in the nonsensical idea that something must be done about deflation.

Of all the widely believed but patently false economic beliefs is the absurd notion that falling consumer prices are bad for the economy and something must be done about them.

The BIS did a historical study and found routine deflation was not any problem at all.

Deflation is not really about prices. It's about the value of debt on the books of banks that cannot be paid back by zombie corporations and individuals.

That is what the Fed fears. It takes lower and lower yields to prevent a debt crash. But it is entirely counterproductive and it does not help the consumer, only the asset holders. Fed (global central bank) policy is to blame.

Curiously, the Fed brought this upon themselves, fighting inflation when they should have been worried about asset bubbles.https://t.co/NbtN0OIVnJ

I don't blame the Fed for the coronavirus.

However, I do blame the Fed for its erroneous inflationary tactics that blew three of the biggest economic bubble in succession: 2000, 2007, 2020.

Fiscal policies helped as well. Trump's stimulus that went to corporations and the wealthy also fueled the stock market.

So if you want another finger to point, that's the one. But it is secondary to cheap money.

Axelrod: Kamala Harris wasn’t Biden’s first choice, you know
Hotair
Sen. Kennedy Roasts Kamala Harris as Only He Can, Makes a Comparison That Is Sure to Trigger
Redstate