Labour Slaughtered, Corbyn Refuses To Admit He Is The Reason 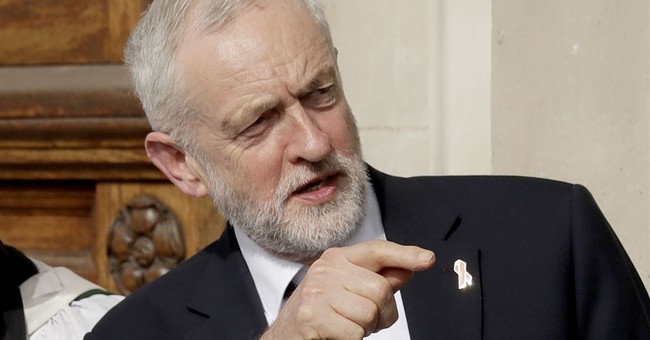 The UK election is over. Those expecting a hung parliament that found out otherwise in a record 5 seconds.

With 648 of 650 seats announced, the results look like this.

Apologies offered for not being optimistic enough.

I can sum up the blowout result in a set of Tweets from Andrew Adonis, a Labour peer, diehard Remainer. and former cabinet minister under Gordon Brown.

My @TheNewEuropean verdict on the election

The election was a choice between Johnson:

Which wasn’t much of a contest

The key idea was in the polls from beginning to end.

Perhaps this is easier to see from afar. Perhaps it is simple willingness to dive into the polls. Either way, Corbyn's unpopularity was of epic proportion, poll after poll after poll.

Why is it shocking news that people, when they finally got into the voting booth, voted against someone they could not stand?

Adonis gets the second reason too. I will rephrase things my way: Corbyn is a Marxist who let (if not encouraged) the party to be hijacked by radical left activists the average person simply cannot believe.

Both reasons point squarely at Corbyn.

Size of the Swings

Amazing map from @thetimes interactives team showing the scale of the swing to the Tories across the country
More at https://t.co/GF2MDBj0L3 pic.twitter.com/IH2f4k2dxq

I offer a musical tribute.

Goodbye Jo We Gotta Go Mio Mio
I happen to have a musical tributehttps://t.co/jWkTW5jhgk https://t.co/gAyboB1Mpq

Earlier tonight Jeremy Corbyn announced he was standing down. But he refused to say when. He wants to "reflect on the result".

On the latter, he is of course correct. He just forgot to look in the mirror while making that statement.

Corbyn is whining as loudly as Hillary Clinton.

He just forgot one thing. He forgot to blame Russia.

He will have plenty of time to reflect on things, then blame Russia.

Comment on my blog: "Mish, You fail to mention just how undeserved this victory is."

Corbyn is a Marxist fool. This is the biggest confirmation in history that voters can, on occasion, actually think!https://t.co/MzQyInjWbl