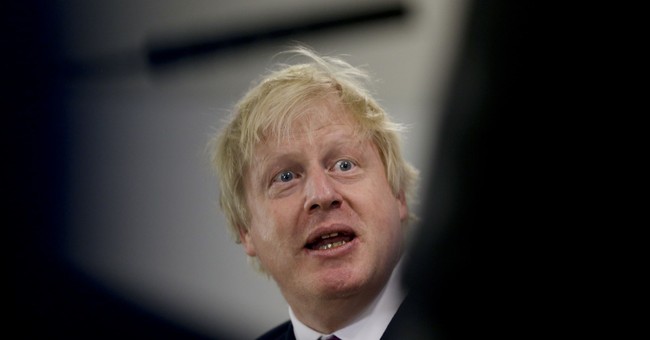 I watched the debate after it was over.

You can watch the debate by delay on ITV.

Halfway Notes I Sent to a Friend

Who is winning so far?#leadersdebate

Also to the Point

Given that 24hr news, especially with social media, will replay any gaffe, misstep, or phrase that could be taken out of context mercilessly and ad infinitum, is it really surprising politicians want to minimise grill time? (I'm not saying it's right, but it's hardly surprising). pic.twitter.com/QerRAQ9VsZ

In some (all?) US debates, the audience members have to be undecided voters. Seems like there's a case for that here... https://t.co/BzfkFBPsa2

There was a ton of partisan clapping after every answer. They should disallow this.

NEW: everyone knows Corbyn’s unpopularity is a problem for Labour, but I’m not sure people appreciate how bad it is https://t.co/R1DRmBAyRo

Corbyn’s net satisfaction ratings are at -60, by far the lowest going into an election since @IpsosMORI started tracking this in 1979. pic.twitter.com/3S9ZgACtkn

People are going to believe their guy won nearly all of the time.

But Corbyn is in a huge hole. Who did he sway?

As noted yesterday, Fear of Corbyn Outweighs Fear of Brexit

Take a look at the snap survey following the debate.

Who is more likeable?

Give a small win to Corbyn on trust.

Corbyn won on "being in touch with ordinary people" but will that translate into votes?

For the entire debate, Corbyn looked like a big sourpuss. I do not know if that matters, but perhaps it filtered through in the "likeable" question.

It's a poor result.
By that I mean what he needed to do vs what he did.

Whose opinion is it going to change?
The ordinary people who were going to vote for Corbyn anyway?https://t.co/Ub0RTO4V2p https://t.co/n02FYHYFW1

Pick your own winner but make sure it does not reflect your bias. I will call this a tie.

But Corbyn needed far better than that.