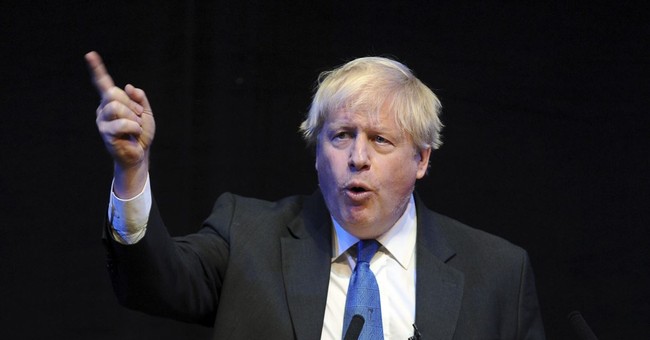 Remainers have a choice.

They can force elections and lose or they can pass the Johnson's deal and lose.

There is no majority for another referendum.

Heads He Wins, Tails He Wins

"He" is Boris Johnson.

That title and the following comments are from Eurointelligence, a staunchly pro-remain, more-Europe organization.

The odds are not quite as clear-cut as the headline suggests - and subject to change. But we are moving in this direction. Never has the prospect of the UK government delivering Brexit been greater.

The FT has done some number crunching and came up with a margin of victory of 320-315. Expect some last-minute manoeuvres, but most MPs have declared where they stand. What’s also good for Johnson is that the two most promising amendments - on a customs union and on a second referendum - are unlikely to win a majority.

That's precisely as noted on Monday in Johnson Has the Votes, France Has the Key to Unlock Them

The SNP brought in an amendment in favour of a general election. The government says that it would seek an election if it loses the vote or if one of the two main amendments were to pass. The central expectation as of this morning is that the vote will pass, and that the various amendments to be brought in the course of the legislative process will fail.

But the government is in danger of losing the vote on the so-called programme motion, which would allow the entire legislation to be steamrolled through parliament within three days. The programme motion will be subject to a separate vote. On this one, the governments risks defeat. Kenneth Clarke, for example, supports the bill but not the programme motion. The reason for the haste is that the UK government wants to ratify before October 31. The European Parliament has made time available for an emergency ratification next week, so that, in theory, the UK could leave on October 31.

We believe Johnson that he will pull the legislation and force an election if the amendments pass. At that point the European Council would agree a three-months extension. There may not be a required two-thirds majority in favour of an early election, but there would be a simple majority in favour of a bill that overrides the fixed-term parliaments act.

Our hunch is that the red line for the UK government are the amendments. If one of them passes, Johnson will pull the legislation. We are less sure of what happens if he loses the programme motion. We will know later today. We don’t think it matters a great deal whether parliament discusses this important piece of legislation for a few more days, so long as the process is foreseeably finite.

Katy Balls writes in the Spectator that the mood has rarely more upbeat among Conservatives. They believe that they could win a general election, or even a second referendum, on the basis of this deal. Robert Shrimsely, who has been a fierce critic of Downing Street’s handing of Brexit, writes that Johnson’s Get Brexit Done slogan is brutally effective. He also detects rising contempt for the parliament.

We, too, believe that the Remain campaign's excessive reliance on procedural and legal wrecking tactics, while superficially successful, is ultimate self-limiting and self-defeating. We noted one reader comparing the wrecking tactics in the Commons to the expenses scandal of the last decade, which lead to a mass decimation of MPs in the 2010 elections. While MPs seem to have an endless capacity for Brexit delay, we believe that a majority in the country is ready to move on.

As is usually the case, Euriointelligence fill in the details nicely.

I concluded yesterday that time was nearly expired.

However, nearly expired is not the same as expired. There is still a slim chance that Parliament outs Johnson, agrees on a caretaker government, and then when Johnson refuses to stand down, forces emergency legislation requiring him to do so, all before October 31.

That's one hell of a set of "ifs" but it is possible.

Legal challenges play into that timeline, as I stated yesterday.

With my opinions out of the way, let's return to Eurointelligence.

Forget Bercow. The Speaker’s decision to reject a second meaningful vote is the kind of news item that serves the sole purpose of confusing people all over the world. The vote that matters is the one expected today on the so-called withdrawal agreement bill.

Paragraph 30 talks about what happens when the so-called implementation period ends, which is at the end of December next year. It says a further extension is possible, but only if “...a Minister of the Crown has laid before each House of Parliament a statement setting out the length of the proposed extension and such other details as the Minister considers appropriate...”

This means that the government has the right to allow the implementation period to automatically lead to a WTO Brexit. It is important to realise that this is not the same as a no-deal Brexit, which is a departure without a withdrawal agreement. This is the scenario of a WTO Brexit with a withdrawal agreement. Johnson has managed to sell his deal to the eurosceptics in his own party with the explicit proviso that a WTO Brexit is still possible even if the deal is agreed.

We would assume that the parliament will at least try to insert a provision to keep the UK in a transitional period until a trade deal is agreed. Philip Hammond, the former chancellor, wants reassurances that the government would seek an extension if no trade deal has been agreed. But the government is unlikely to agree any form of automatic renewal that could theoretically trap the UK in the transitional period forever, similar to the Irish backstop, with all the obligations of EU membership but without the rights.

Stephen Bush writes in the New Statesman that there is a majority for a customs union in the UK parliament, but that majority does not assert itself. Some of the customs union supporters believe their most promising course of action is for Brexit to happen first. Johnson will always win an election if the question is: Brexit, yes or no. But once you get into the fine details of Brexit, the situation is different. Bush is among those commentators who believes that the supporters of a customs union won’t have a majority.

Admittedly, Eurointelligence provided far more details than I had in my analysis. But that is one of the reasons why I pay attention to them.

Their overall lack of bias is also a key reason to pay attention.

That said, they have flip-flopped far more often than In have, not that I haven't done so. It's just have been more cautious about it, thus have far fewer reversals.

I am most confident of my analysis when I post a view and Eurointelligence supports that view, which has happened repeatedly in the past few weeks.

I commented Johnson Has the Votes, France Has the Key to Unlock Them

Eurointyelligence agreed Johnson has the votes (they used the same sources so we will all be right or wrong together), but Eurointelligence did not mention France.

I think Eurointelligence missed the boat on France, but it could be a moot point depending on the outcome of the votes later today.

France aside, there is no majority for another referendum.

The next election will determine whether its a foolish customs union, a Canada-style free trade agreement, or a WTO agreement.

If Corbyn wins expect a customs union and a deal even worse than remaining in the EU.

If Johnson wins, which is highly likely, a Canada-style free trade agreement is even more likely.

That is my base scenario regardless of what France does.