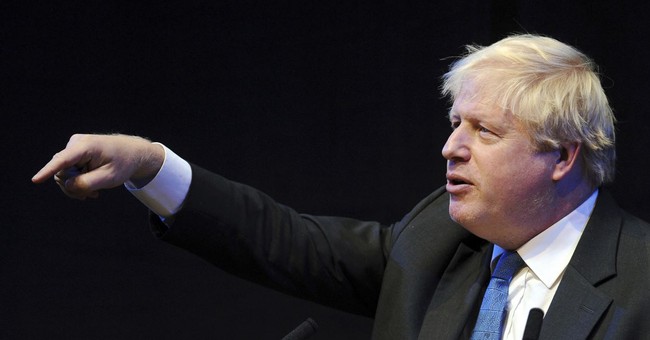 #BREAKING: Parliament has voted to delay Brexit again. The Prime Minister will not ask for a delay -- he will tell EU leaders there should be no more delays and we should get Brexit done on October 31st with our new deal so the country can move on. pic.twitter.com/5EE69IuhUO

Boris Johnson stated he will not comply with the Benn Bill requiring him to seek an extension.

'I will not negotiate a delay with the EU and neither does the law compel me to do so'@BorisJohnson says he will not request an extension to Brexit https://t.co/CsFRue9gLi pic.twitter.com/vTzQ77atkn

One possible way out would be to get France or some other nation to reject the extension request. But that would still presumes Johnson would ask.

A spokeswoman for the European commission said it was up to the UK government to make the next move after the developments in the Commons. She said: "The European commission takes note of the vote in the House of Commons today on the so-called Letwin amendment meaning that the withdrawal agreement itself was not put to vote today. It will be for the UK government to inform us about the next steps as soon as possible."

A spokesman for the European council president, Donald Tusk, declined to comment. Ambassadors for the EU27 will meet on Sunday morning to discuss the latest developments.

"I intend to rebel against all of those who don’t want to vote to deliver Brexit. If you don’t want no deal you have to vote for a deal. Businesses are crying out for certainty. People want certainty in their lives."

She concludes by saying if you want the country to move forward, vote for the deal today.

Iain Duncan Smith rises and says he will back the deal. He calls on Oliver Letwin to remove his amendment, in order to give the people “a meaningful vote”.

The PM responds by saying it would be a great shame if the opportunity to have a meaningful vote “were to be taken away from us”. He stresses that he thinks Letwin is motivated by the best of intentions.

Another Tory Eurosceptic who voted against May's deal x3 https://t.co/CXx2P2ZB1N

ERG Entirely On Board As Expected

The ERG meeting has just broken up on the committee corridor.

ERG chairman Steve Baker says: “The advice of the ERG steering group and the officers is to vote for the deal.”

ERG vice chairman Mark Francois: “No colleague in the meeting said they would vote against the deal.”

What Clear? What's Not?

What's clear is Johnson has the votes.

What's not clear is what happens next.

Johnson possibly has a legal trick up his sleeve, one discussed before on this blog. Perhaps he tries that and succeeds or fails. Perhaps France says they will allow an extension but only for the purpose of a meaningful vote.

The problem with the extension is that it gives parliament ample time to all all kinds of amendments counter to the deal Johnson negotiated. Of course, the EU has a say and they are not prone to making any changes.

Johnson's Ace in the Hole

I discussed one legal way out for Johnson six days ago in Boris Johnson's Brexit Ace in the Hole Revealed.

Without a doubt Johnson has been coerced.

How the courts rule is uncertain.