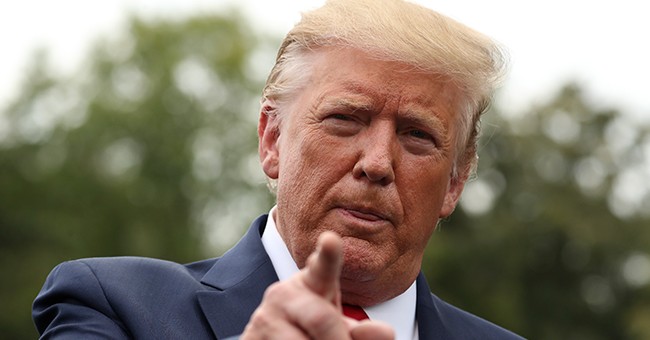 Saudi Arabia oil supply was attacked. There is reason to believe that we know the culprit, are locked and loaded depending on verification, but are waiting to hear from the Kingdom as to who they believe was the cause of this attack, and under what terms we would proceed!

"Saudi Arabia oil supply was attacked. There is reason to believe that we know the culprit, are locked and loaded depending on verification, but are waiting to hear from the Kingdom as to who they believe was the cause of this attack, and under what terms we would proceed!"

US tells Saudi Arabia that devastating weekend missile and drone attack was launched FROM Iran, not Iraq or Yemen. Riyadh has yet to reach that conclusion. American assessment comes as Trump suggests he could strike Tehran in response:https://t.co/h0IhmyLMVF w/@summer_said

So you are telling me that Saudi Arabia, who purchases BILLIONS of dollars worth of military defense technology and weaponry doesn't know where the attack came from, and never saw on their radar a "drone or missile" flying in their airspace. Ok.

Regardless of which party they belong to, our politicians seem to favor only more #war. We have not been under the threat of a direct attack for decades, but our troops are killing and being killed all over the world in our name. We must #EndTheWars before they end us. #antiwar pic.twitter.com/FYSywZ96GZ

Though the administration has pointed the finger at Iran, as of right now many details of the attack remain unclear. But here’s what we know for certain:

1: Saudi Arabia should not determine “under what terms” the United States enters into armed conflict.

2: President Trump lacks the authority to launch a military conflict without congressional approval.

It’s evident from this tweet that the president believes otherwise -- and, if left unrestrained, he could use this attack on Saudi Arabia’s oil facilities to drag us into a disastrous war with Iran.

That’s why it’s essential that Congress finally pass the Khanna-Gaetz amendment, which denies Trump funding for a war with Iran without congressional approval.

The amendment has the support of the majority of the House and Senate. Its fate is in the hands of a small group of legislators putting together the final version of the National Defense Authorization Act (NDAA).

The above paragraphs are from a J Street email flyer to a friend of mine.

J Street is a nonprofit liberal advocacy group based in the United States whose stated aim is to promote American leadership to end the Arab–Israeli and Israeli–Palestinian conflicts peacefully and diplomatically.

My friend comments "Jewish opinion is not monolithic and Netanyahu and his government are not Israel."

If there is proof or even strong evidence that Iran did this, then show it.