Another Trump Trade Fiasco, This Time With Japan 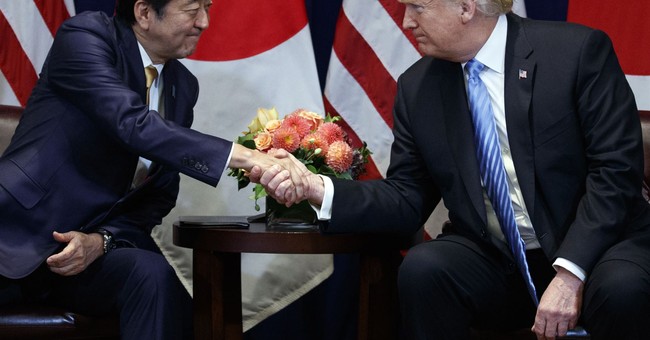 It's not just China. No one should be surprised that Hopes of a Trade Deal With Japan Have Faded.

“It will be a very tough negotiation,” said one of the officials, who spoke on condition of anonymity due to the sensitivity of the matter.

“If there is to be an ‘agreement’ we need to have something we can formally announce, which is tough,” said another Japanese official, adding that it will be difficult to agree on a deal in September unless Washington makes more concessions.

It's important to stand back and look at the big picture.

If indeed Japan and China are subsidizing exports, that is to the benefit of US consumers.

We should welcome subsidies.

Please recall that Trump cancelled TPP, the Trans-Pacific Trade Partnership, a trade agreement with Australia, Canada, Japan, Malaysia, Mexico, Peru, the United States, and Vietnam, now minus the US.

In that deal, Japan significantly lowered tariffs on agriculture for the TPP participants.

Australia and Canada were the primary beneficiaries.

It will now take huge tariff cuts by Japan just for the US to break even with where we could have been relative to Australia and Canada.

In return, Japan wants a further reduction in US auto tariffs.

Trump in a Box

Trump put himself in a box.

He has no winnable solution other than backing down.

But that is contradictory to his ridiculous message "Trade wars are good and easy to win."