Two Million Protesters Flood Streets Of Hong Kong: What's It All About? 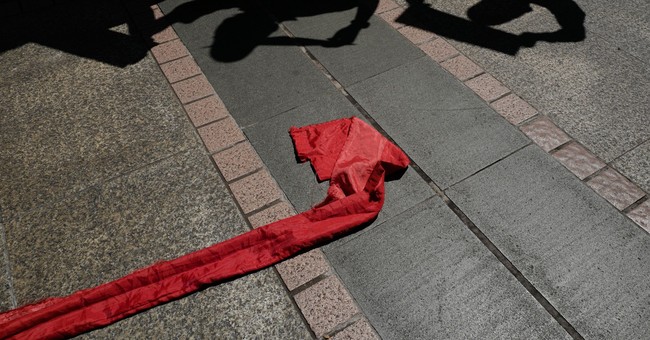 The extradition legislation would allow residents and visitors to be sent for trial in China’s Communist-controlled courts, effectively squashing freedom of speech.

Hong Kong's chief, Carrie Lam, rescinded the bill and even issued a rare apology following a week of massive protests, but that is not enough.

The protesters demand the resignation of Lam who insisted on pushing through the legislation despite the initial public outcry.

Hong Kong rose up in defiance, jamming the streets with as many as 2 million people to demand leader Carrie Lam’s resignation a day after she suspended a contentious extradition bill. Anger spilled over at a proposed law protesters say threatens the island’s tenuous autonomy from a more authoritarian China.

“I have never seen such a big crowd,” said Bonnie Leung, a leader of the protest organizers.

Lam issued a formal apology on Sunday night. A government statement said she “pledged to adopt a most sincere and humble attitude to accept criticisms and make improvements in serving the public.”

Already, her decision to suspend the bill was considered, compared to the harder line normally adopted by her backers in China, as extraordinary. But protesters noted that her apology did not go much further in substance – leaving open the options of fully killing the measure or her resigning.

Only in #HongKong. Crowd parts to let trapped buses through #Extraditionlaw #??? pic.twitter.com/GDwAGzjaIl

The leader of Hong Kong is nothing more than a Beijing puppet.

Wikipedia notes "The highest government office of Hong Kong, the Chief Executive, is selected by a 1,200-member Election Committee (EC) which is divided into various subsectors and dominated by pro-Beijing politicians and tycoons."

The Guardian reports: They're kids, not rioters: new generation of protesters bring Hong Kong to standstill.

On Wednesday, demonstrations spiraled into the worst political violence since the handover from British rule, with police firing teargas and rubber bullets and attacking protesters.

“Before this week I had never been on a protest,” said 28-year-old Lau. “But I am a teacher, and I realised if I didn’t come I wouldn’t be able to face my students. This is their future.” Like many others, she had been unnerved by the arrests of activists and did not want her full name printed.

Lam, Hong Kong’s chief executive, had agreed to suspend the extradition bill after a week of protests, perhaps the most serious government climbdown in the face of public pressure since a security law was dropped in 2003. But if she hoped to defuse public anger before Sunday’s march, she badly misjudged the city’s mood.

“Suspending the law but not cancelling it is like holding a knife over someone’s head and saying, ‘I’m not going to kill you now.’ But you could do it any time,” said Betty, an 18-year-old protester who just finished school. “We’re fighting for our freedom.”

“Our demands are clear. She hasn’t addressed any of them,” said a protester, William Cheung, 31. “And why can’t she apologize in front of a camera, rather than in a dry official statement?”

Many protesters also carried white flowers in tribute to a man who fell to his death on Saturday night while hanging up a large protest banner on a building in the town centre. Several people described the 35-year-old, who has not been identified, as their movement’s “first martyr”.

At risk is the official policy of One Country, Two Systems.

"One country, two systems" is a constitutional principle formulated by Deng Xiaoping, the Paramount Leader of the People's Republic of China (PRC), for the reunification of China during the early 1980s. He suggested that there would be only one China, but distinct Chinese regions such as Hong Kong and Macau could retain their own economic and administrative systems, while the rest of the PRC (or simply "China") uses the socialism with Chinese characteristics system. Under the principle, each of the two regions could continue to have its own governmental system, legal, economic and financial affairs, including trade relations with foreign countries.

Offering to suspend the legislation is an act of brazen cowardice.

The BBC chimes in: Ms. Lam remained hidden from public view for days, until her announcement on Saturday the she had heard the calls for her government to "pause and think". But she stopped short of saying the bill would be permanently shelved.

Too Little Too Late

"[Even] if Ms. Lam resigns, there's no guarantee that protesters will be satisfied with whoever replaces her - especially as, under Hong Kong's political system, the leader is elected by a small panel filled with allies of the Beijing government."

The scenes are reminiscent of 2003 - when half a million people protested against proposed national security legislation. The unpopular chief executive at the time, Tung Chee-hwa, resigned months later.

In All the Context You Need, the BBC reports "Most people in Hong Kong don't see themselves as Chinese."

Pompeo insisted “the president has always been a vigorous defender of human rights” and said Trump’s imposition of widespread tariffs on Chinese goods as part of a trade dispute showed his willingness to confront Beijing.

China’s leader is currently engaged in a trade war with the U.S. that is evolving by the day into an ideological battle: Democracy vs authoritarianism, market-led vs state-managed economies, and free speech vs reeducation camps.

“What’s really at issue is people’s distrust in the Chinese judiciary and its legal system,” Claudia Mo, one of the most outspoken opposition lawmakers and a main protest organizer, said in an interview after Lam spoke. “As long as things remain the same as they are in China, nothing is going to change.”

American lawmakers have been vocal about the Hong Kong protests, even threatening to remove special trade privileges if the bill passed, showing that broader relations with China will almost certainly be a key 2020 election topic. While Trump himself was relatively subdued, his administration has pounded China in recent months for human-rights violations in Tibet, Xinjiang and Tiananmen Square on the 30th anniversary of its deadly crackdown.

Apparently Xi didn’t ask for this fight. Lam has insisted it was all her idea, even though mainland officials supported it. Either way, it appeared to backfire spectacularly on Beijing: It showed just how many people in the financial hub wanted to keep the autonomy guaranteed for 50 years after the handover from British to Chinese rule in 1997.

“I imagine that China’s leaders are both angry about and fearful at what had happened in Hong Kong this past week,” said George Magnus, an economist at the University of Oxford’s China Center and author of “Red Flags: Why Xi’s China is in Jeopardy.” “They certainly don’t want large Chinese cities to erupt like this, let alone face the music of having to use brute force or the People’s Liberation Army to quell it.”

Ms. Lam cannot last. China will find a way to get rid of her. However, that may not be the end of it.

The 2014 Hong Kong Protests began after the Standing Committee of the National People's Congress (NPCSC) issued a decision regarding proposed reforms to the Hong Kong electoral system. The alleged "reform" would allow the Chinese Communist Party to pre-screen candidates for the leader of Hong Kong.

The BBC noted that the "2014 demonstrations took place over several weeks and saw Hong Kongers demand the right to elect their own leader. But the so-called Umbrella movement eventually fizzled out with no concessions from Beijing."

China is on a path similar to one that would grant the Clinton Foundation the right to nominate the final four candidates in the US 2020 presidential election.

That is what the Hong Kong protesters now realize with a vengeance. This issue will not go away.