Trump's Trade Hypocrisy: Is Huawei A Security Threat Or Not? 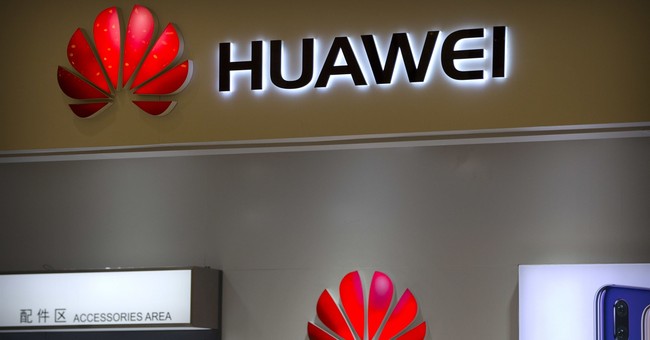 The BBC reports Trump says Huawei Could be Part of Trade Deal.

Washington has also targeted Huawei by putting the firm on a trade blacklist. The US argues Huawei poses a national security risk, while Beijing accuses the US of "bullying" the company.

"Huawei is something that is very dangerous," Mr Trump told reporters at the White House on Thursday. "You look at what they've done from a security standpoint, a military standpoint. Very dangerous."

But Mr Trump has said it is "possible" that the company could be part of any trade agreement with Beijing. "If we made a deal, I could imagine Huawei being possibly included in some form or some part of it," he said.

Curiously, Huawei was not a matter of urgent national security before the trade talks collapsed.

My vote all along was number 2. I believe it's confirmed.

As a result of his disastrous trade policies, the Trump Administration Rolls Out $16 Billion Farm-Aid Program.

At a White House event with farmers, Mr. Trump said a deal with China was a “good possibility” but declined to give details. He said the U.S. campaign against Huawei could be up for negotiation, while also calling the telecom giant a “very dangerous” threat to national security.

Mr. Trump’s statement that Huawei could be a factor in a trade deal echoed similar comments made last year when he indicated that U.S. sanctions against telecom giant ZTE Corp. could be eased as part of negotiations with China.

“What would help my farm even more was if we had an endgame for the trade war,” said Sen. Jon Tester (D., Mont) whose farm produces wheat and other crops. “This is a problem that was created by the president, and now the U.S. taxpayer is going to fork out $16 billion to try to make things OK.”

Trump is caving in already.

All it took was for China to stand up to Trump coupled with a minor stock market move lower.

On May 17, the Trump administration struck a deal with Canada and Mexico, in which the U.S. agreed to drop the steel and aluminum tariffs imposed on those countries a year ago. In exchange, Canada and Mexico dropped their retaliatory tariffs on about $15 billion of U.S. goods, which had fallen heavily on agriculture.

Steps in Achieving a Great Victory

Expect nothing less this time.

It will be another great Trump trade success victory to obtain the status quo.

Meanwhile, please note the Real Reason Trump Wants to Ban Huawei: The US Wants to Spy and China Won't Cooperate.