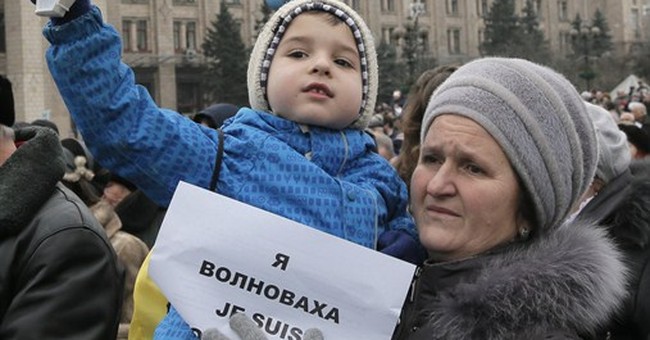 Zelensky did not even start campaigning until January. He is an comedian actor in satirical television series in which his character accidentally becomes Ukrainian president.

Russian forces annexed Ukraine's Crimea peninsula in March 2014 - a move condemned internationally. Since then, Ukrainian forces have been fighting Russian-backed separatists and volunteers in the east.

In a tweet, Mr Poroshenko said "a new inexperienced Ukrainian president... could be quickly returned to Russia's orbit of influence"

Mr Zelensky told a news conference he would "reboot" peace talks with the separatists. "We will... continue with the Minsk talks - we will reboot them," he said. "I think that we will have personnel changes. In any case we will continue in the direction of the Minsk talks and head towards concluding a ceasefire."

Who is Volodymyr Zelensky?

Mr Zelensky starred in the long-running satirical drama Servant of the People in which his character accidentally becomes Ukraine's president. He plays a teacher who is elected after his expletive-laden rant about corruption goes viral on social media.

He ran under a political party with the same name as his show.

Curiously, no one really knows what Zelensky stands for.

It doesn't matter. People are fed up with war and the policies of billionaire Poroshenko.