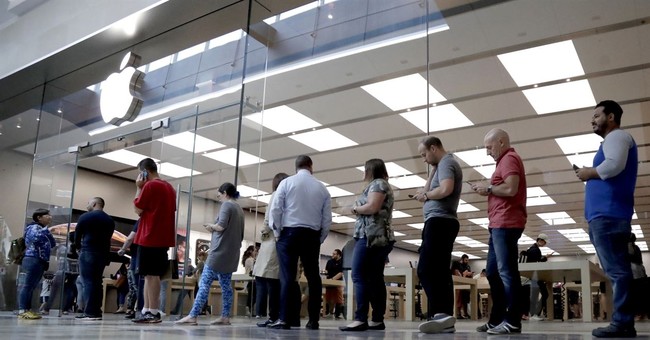 Family Farm Bankruptcies On the Rise

Thanks to falling grain prices partially due to trump tariff policies, Family Farm Bankruptcies On the Rise in Upper Midwest States.

The number of farms filing for bankruptcy is increasing across the Upper Midwest. According to a new analysis from the Federal Reserve Bank of Minneapolis, the trend comes on the heels of low prices for corn, soybeans, milk and beef.

The analysis found that 84 farms filed for bankruptcy in Wisconsin, Minnesota, North Dakota, South Dakota and Montana in the 12 months that ended in June. That's more than double the number over the same period in 2013 and 2014.

"Current price levels and the trajectory of the current trends suggest that this trend has not yet seen a peak," said Ron Wirtz, an analyst at the Minneapolis Fed.

The increase in Chapter 12 filings reflect low prices for corn, soybeans, milk and beef, The Star Tribune reported. The situation has gotten worse for farmers since June because of the retaliatory tariffs that have closed the Chinese market for soybeans and held back exports of milk and beef.

84 bankruptcies is not a lot. But for every bankruptcy there are a thousand farmers taking an income hit.

Damn the torpedoes, Trump says it's ‘highly unlikely’ that U.S. would hold off on increase to 25% on $200 billion of Chinese imports.

The Wall Street Journal reports Trump Expects to Move Ahead With Boost on China Tariffs.

President Trump, days before a summit with China’s leader, said he expects to move ahead with boosting tariff levels on $200 billionof Chinese goods to 25%, calling it “highly unlikely” that he would accept Beijing’s request to hold off on the increase.

In an interview with The Wall Street Journal, Mr. Trump suggested that if negotiations don’t produce a favorable outcome for the U.S., he would also put tariffs on the rest of Chinese imports that are currently not subject to duties.

“If we don’t make a deal, then I’m going to put the $267 billion additional on” at a tariff rate of either 10% or 25%, Mr. Trump said. He first threatened those duties, and the higher tariffs on the initial $200 billion in goods, in late summer.

Despite the fact that technology shares have been hammered and Apple is struggling, the president said tariffs could also be placed on Apple Inc. iPhones and laptop computers imported from China.

“Maybe. Maybe. Depends on what the rate is,” the president said, referring to mobile phones and laptops. “I mean, I can make it 10% and people could stand that very easily.”

Unlike farmers and small manufacturers who use steel and aluminum, Apple is not at financial risk.

However, to suggest that people can "very easily" accommodate a 10% hike in goods from China is complete silliness.

Unless this is some kind of "art of the deal" game, It appears we are about to find out.

By the way, these negotiation tactics aren't doing any US businesses any good.

Excuse me for pointing out that Trump made that deal. He threatens it already.

Neither businesses nor countries have any idea if Trump will honor any deal he makes.