Explaining The High Cost Of US Health Care 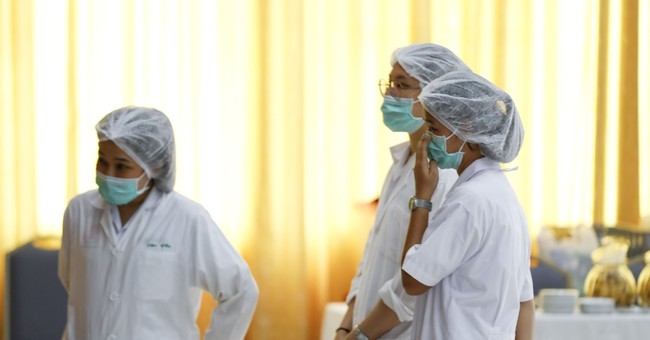 The Wall Street Journal has an interesting article on healthcare: Why Americans Spend So Much on Health Care—In 12 Charts.

The U.S. spends more per capita on health care than any other developed nation. It will soon spend close to 20% of its GDP on health—significantly more than the percentage spent by major Organization for Economic Cooperation and Development nations.

What is driving costs so high? As this series of charts shows, Americans aren’t buying more health care overall than other countries. But what they are buying is increasingly expensive. Among the reasons is the troubling fact that few people in health care, from consumers to doctors to hospitals to insurers, know the true cost of what they are buying and selling.

Contributions to employer-sponsored health coverage aren’t taxed, which makes it less expensive for companies to pay workers with health benefits than wages. Generous benefits lead to higher spending, according to many economists, because employees can consume as much health care as they want without having to pay significantly more out of their own pockets.

The prices of many medicines are hidden because pharmacy-benefit managers—the companies that administer drug benefits for employers and health insurers—negotiate confidential discounts and rebates with drugmakers.

Hospitals are becoming more consolidated and are using their market clout to negotiate higher prices from insurers.

Contributions to employer-sponsored health coverage aren’t taxed, which makes it less expensive for companies to pay workers with health benefits than wages. Generous benefits lead to higher spending, according to many economists, because employees can consume as much health care as they want without having to pay significantly more out of their own pockets.

The charts are interesting but the WSJ misses the big picture: There is no incentive anywhere to reduce costs.

No Skin in the Game

Where the hell is "skin in the game"?

Please, let the free market work. Let insurers offer whatever plans they want. Let people buy whatever they want. And let those without insurance pay the price. I assure you, prices will plummet.

If you need a liver transplant and your insurance doesn't cover it. Sorry, you lose.

Costs for routine services will plunge because hospitals will not have to pay $200 for one aspirin to make up for the cost of an unpaid liver transplant.

Insurance plans ought to be able to force treatment overseas if someone is healthy enough to travel. A heart bypass operation in India is 10% of the cost here.

At a bare minimum, insurance companies ought to be able to offer such plans.

I seriously wonder if chemotherapy is more of a torture than a blessing. I watched my mom die in misery. The cost today is surely thousands of times higher. For what? To prolong someone's life for six months? At what cost? And who should pay?

When my mom stopped breathing, they asked my dad if he wanted them to try and revive her. He said no. Had he not been there, what would they have done? Why?

My wife, Joanne, died from ALS (Lou Gerhig's Disease). She was on extremely expensive drugs paid for under Medicare. Note that one does not have to be 65 to be under Medicare. Rather, Medicare picks up all costs on some terminal diseases.

I sponsored a raffle for the benefit of the Les Turner ALS Foundation. And we put on a economic conference. John Hussman did a generous match of non-raffle proceeds. All told, we raised $500,000 for the Les Turner foundation.

This was an early post promoting the fund raiser: My Wife Joanne Has Passed Away; Stop and Smell the Lilacs

I am very proud of that, and also the amazing support from the Hussman Foundation.

That's skin in the game. Thanks again John!

We really need to get down to brass tacks.

Other countries seemingly have better healthcare because they control the cost of education, doctors fees, etc. They get cheaper drugs from the US than we have here.

In case you missed it, please consider "Free Stuff": Medicare for All Cost Pegged at $32.6 Trillion for 10 Years.

Medicare for All cannot possibly work here, even if it "seems" to work elsewhere. I suggest we try the free market, not more Obamaism.