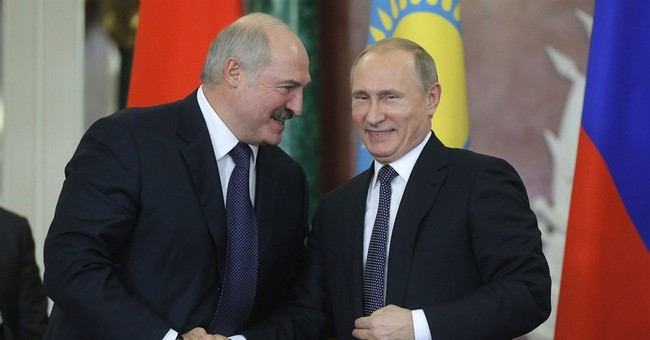 Economic illiteracy has absolutely no bounds. The top example of the day comes from Belarus.

For those unfamiliar with the country, this map of Belarus will help put things into perspective.

For the economic illiteracy of the day, please consider Belarus Imposes Moratorium on Rising Consumer Prices.

"The moratorium is aimed at preventing consumer prices from rising and ensuring a wide range of goods in the consumer market, explains the Council of Ministers press office."

Reader Richard who sent me the link suggested the article sounds like The Onion.

Indeed it does. But it appears to be the real deal. In addition, "The State Customs Committee and the interior ministry have been strictly ordered to effectively prevent illegal imports of goods," as if that will stop prices from rising.

"The government’s decision to impose a 30-percent fee on foreign exchange purchases, which was announced on Friday and in fact meant a 23-percent fall in the Belarusian rubel’s value, led to a rush to buy consumer durables, especially imported ones."

CARTOONS | Margolis & Cox
View Cartoon
Get Out While You Can

Foreign exchange fees of 30% may sound excessive but any government stupid enough to take the above actions will see their currency drop to worthless in short order.

"Get out while you can, any way you can, if you still can" is my message.

My message may not get through.

Belarus News reports a "Media Law Allows That Website Blockages" will come into force only on January 1, 2015.

Belarus News already reported it will be blocked, and I am sure to follow.

In Belarus’s Russian Problem, the Wall Street Journal says "Putin alternative to the European Union stumbles on the ruble."

The Russian ruble’s downward spiral has claimed a new casualty: neighboring Belarus and its heavily Russia-dependent economy. The regime of Alexander Lukashenko, one of Moscow’s closest allies, has begun blocking independent news sites and several online-shopping outlets in an apparent attempt to prevent a bank run and shore up the Belarusian ruble.

Internet censorship is par for the course in Mr. Lukashenko’s Belarus. It follows the enactment earlier this month of a new law granting the Minsk regime broad authority to ban websites, similar to the power Mr. Lukashenko already wields over traditional media. That law hasn’t gone into effect yet, according to the Index on Censorship watchdog, but then there’s a reason the former Soviet republic has long been known as Europe’s last dictatorship.

What about the crash of the Ukrainian Hryvnia? Is that Russia's problem or Europe's problem in general?