Overpay or Be Shut Out; Home "Ownership" Slavery 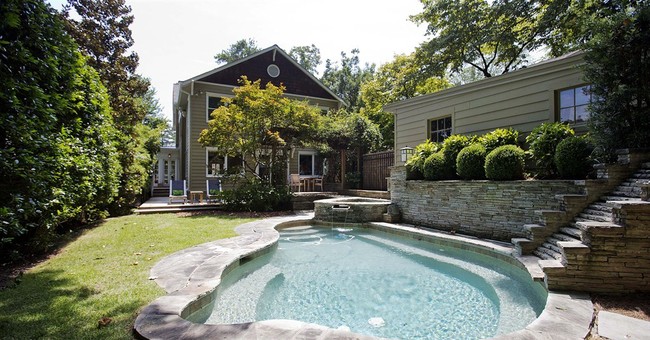 Supply of homes at the bottom-third of the market is down 17 percent from a year ago.

Meanwhile the top-third home supply is up 15 percent while the middle is up a modest 3 percent according to Redfin.

Overpay or Be Shut Out

So once again, first-time buyers face the question "overpay or be shut out?" And once again it appears many make a very poor choice.

Bloomberg has some examples in First-Time Buyers Shut Out of Expanding U.S. Home Supply.

The four-bedroom house that Ilia Nielsen-Dembe purchased in west Denver earlier this year wasn’t her top choice. The first-time buyer had to settle on a home in a neighborhood with a high crime rate after losing out on bids for five properties in more desirable areas.

“I definitely sacrificed in terms of location,” said Nielsen-Dembe, 33, who lives with her husband and two daughters in the house she bought in April for $184,500. “I had to cross streets that were not ideal in order to get a house.”

In Denver, entry-level listings in June were down 51 percent from a year earlier, while the upper-end supply was up 4 percent, according to Redfin. Austin, Texas, inventory jumped 14 percent in the top third of the market and fell 34 percent at the bottom. In Atlanta, where Wall Street-backed investors descended to buy homes to turn into rentals, low-end supply declined 13 percent. Top-third listings rose 18 percent.

Sharlene Hensrud, a Realtor with Re/Max Results in Plymouth, Minnesota, said buyers of cheaper homes have had to adjust expectations because the bargains have been picked over.

She recently took a couple on a tour of homes for about $140,000 and said they were quickly discouraged that a one-bedroom, one-bath house with no garage was all they could afford. A few years ago, a three-bedroom property would have been in their range, Hensrud said.

Some properties aren’t available because homebuyers are taking advantage of the strong rental market and leasing out their previous homes.

Others who want to list their houses can’t. Owners of inexpensive houses are three times more likely than those with costly homes to owe more than their property is worth, according to Zillow (Z) Inc. About a third of mortgaged homes in the bottom price tier were in negative equity in the first quarter, compared with 18 percent in the middle and 11 percent at the top, Zillow data show.

First-time purchasers accounted for 28 percent of all sales of previously owned homes in June, down from about 40 percent historically, according to NAR.

The contrast is starker in the new-housing market, where homebuilders are focusing on move-up buyers. In May, homebuilders reported that only 16 percent of new-home purchases were made by first-time buyers, the lowest in 15 years of data, according to David Crowe, chief economist for the Washington-based National Association of Homebuilders. That’s further limiting supply as builders shift away from constructing entry-level homes.

Nielsen-Dembe, a nursing assistant who took on two full-time jobs to qualify for her mortgage, said she wanted to buy because she was tired of the relatively high costs of renting. She expected getting financing to be her biggest challenge.

Instead, she struggled with finding a single-family home in her price range. It took six months because of heated competition. Three of the houses she bid on went instead to cash buyers.

Nielsen-Dembe took on two full-time jobs to buy a home in a high-crime neighborhood, admitting “I had to cross streets that were not ideal in order to get a house.”

Is this owning a home or being slave to the home?

What happens if you lose one of those two jobs? What happens if prices tumble again? Will you be able to sell and move? Or will you be stuck in a bad neighborhood like others who are underwater, hoping to one day list their house for what they paid? Is free time worth nothing?

Unfortunately, such questions are far too late for Nielsen-Dembe. They are not too late for others facing the dilemma "Overpay or Be Shut Out?"
It's Already Too Late

If you face the overpay question, especially for homes in undesirable neighborhoods, please consider "It's Too Late" before you act.

There really is no dilemma, is there? Rather, we see the same "act now before it's too late" mentality taking hold.

For many, I suspect this will end similar to how it ended the last time.