Everything You Should Know About Friday's Payroll Numbers 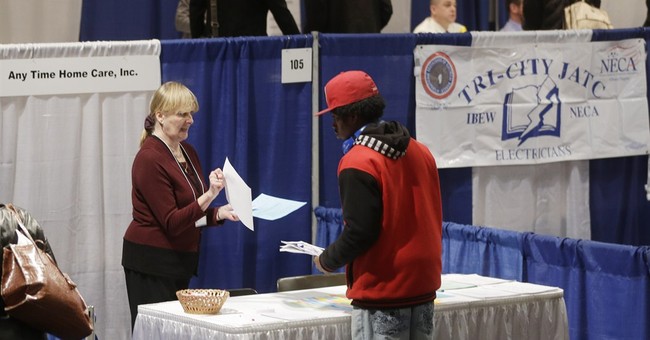 Beneath the surface, things look worse again. The household survey shows a gain of employment of only 42,000 while unemployment rose by 223,000.


Additional Notes About the Unemployment Rate


The population rose by over 2 million, but the labor force fell by over 200,000. People dropping out of the work force accounts for much of the declining unemployment rate.

Total nonfarm payroll employment increased by 175,000 in February, and the unemployment rate was little changed at 6.7 percent, the U.S. Bureau of Labor Statistics reported today. Employment increased in professional and business services and in wholesale trade but declined in information. 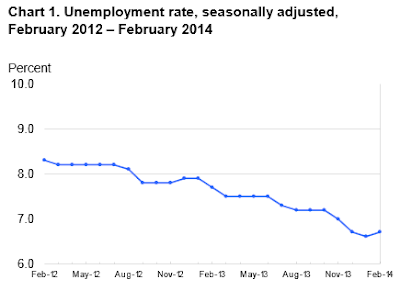 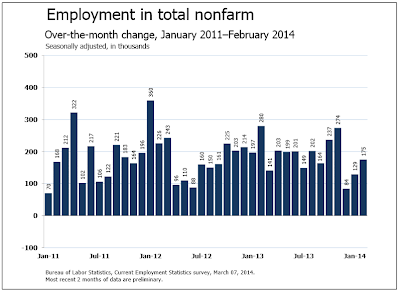 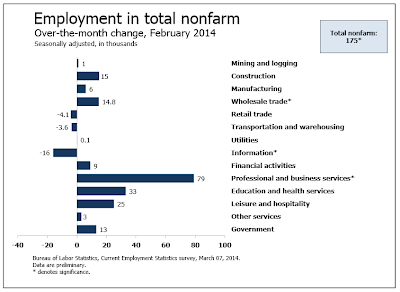 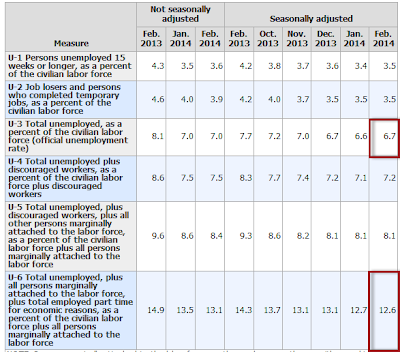 U-6 is much higher at 12.6%. Both numbers would be way higher still, were it not for millions dropping out of the labor force over the past few years.


Were it not for people dropping out of the labor force, the unemployment rate would be well over 9%.

On the surface this month modestly beat expectation with a decent report of 175,000 jobs. Beneath the surface, things looked worse.


Correction: I originally stated the March 2013 adjustment of 369,000 (made just last month) was to the household survey. It was to the establishment survey. Sections revised accordingly.