Everything You Need to Know About the Workforce 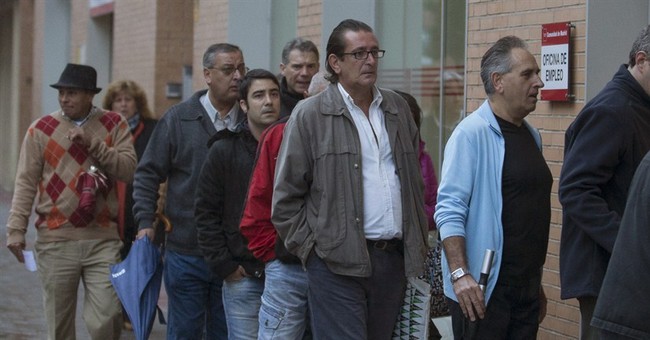 Here are a few demographic-related charts of the workforce, civilian non-institutional population, and jobs, by age-group, from reader Tim Wallace.

Change in the Number of Jobs Since 2007 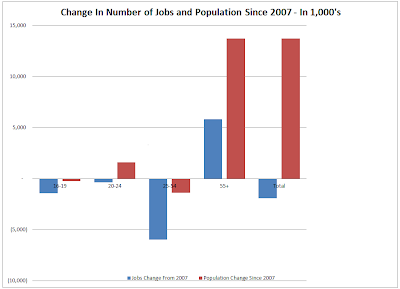 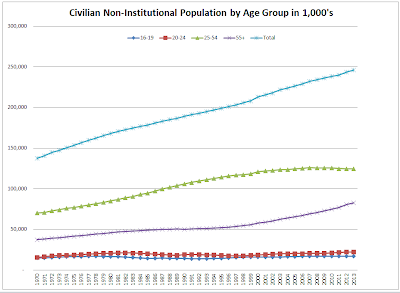 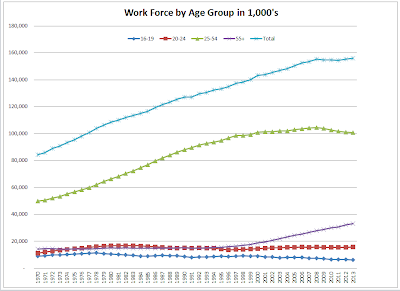 Percent of Population in Workforce Since 1970 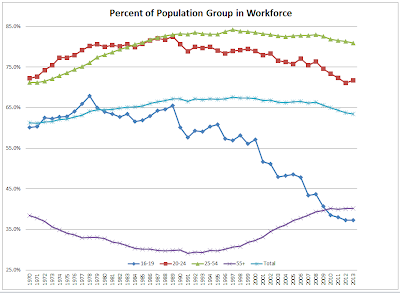 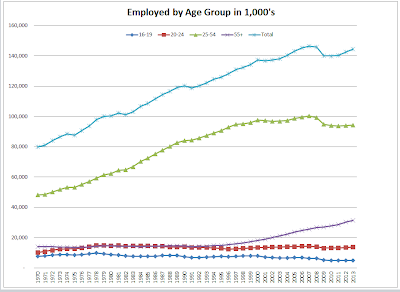 Percent of Age Group Employed Since 1970 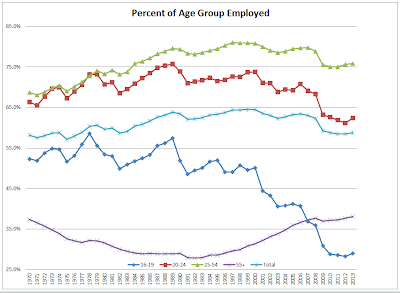 The attached charts are eye openers.

The fourth graph shows the number employed by age group. Note that only the 55+ group benefited in the current "Recovery". The other groups are all down from 2007, with 16-19 devastated. Just go in Walmart and McDonald's and you will see it first hand - senior citizen workers abound.

The last graph shows the percentage of the age group employed. It follows the exact trend of the fifth, as it must.

Those in sales and marketing you should focus on the 55+ age group. Forget the teenagers, they are contributing little, and their parents are sliding fast! Those in the 20-24 hope the 55+ start to retire, but in increasing percentages, they choose not to

Very interesting data, thanks to the BLS for giving us access to the ranges in the data base.

As usual, all data not adjusted for seasonality, just direct comparisons of actual data year on year.

The charts show something I have repeatedly said since 2008: "kids will be competing with their parents and grandparents for jobs that do not pay a living wage."